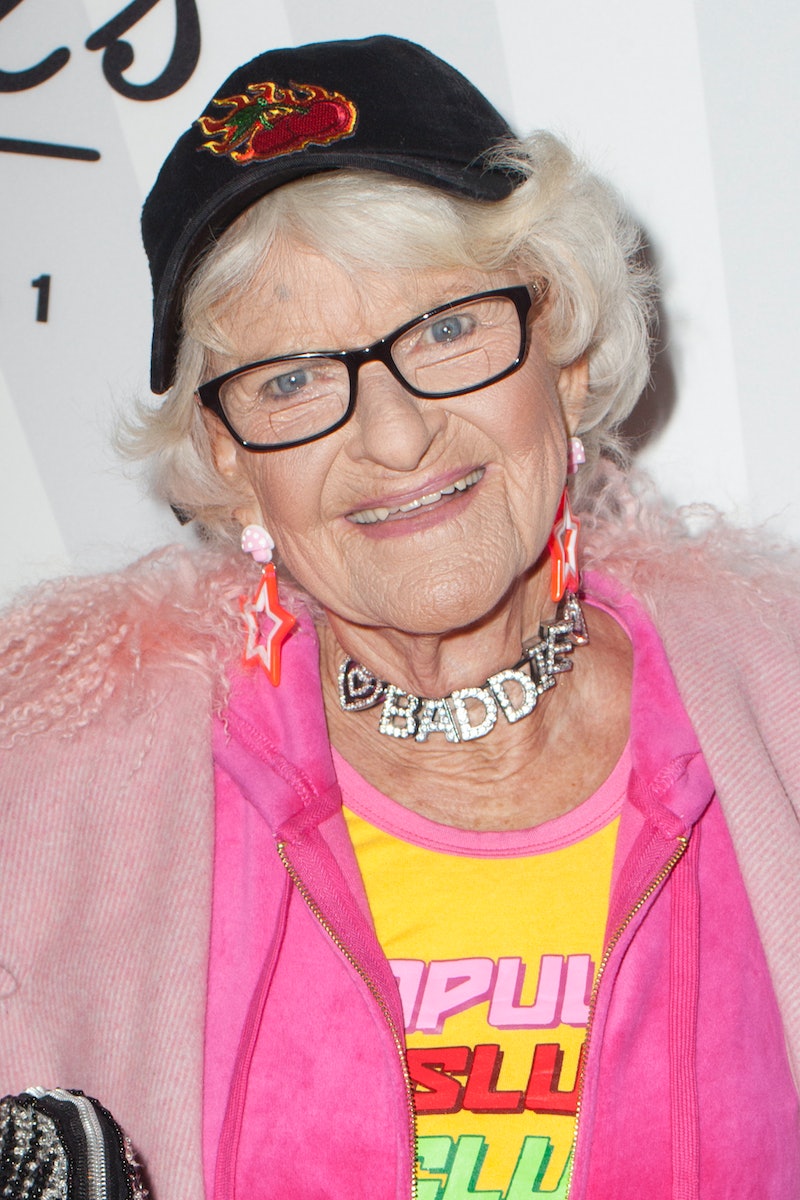 Even though you might be a 20 or 30-something, chances are you might already be sensitive about the lines on your face. But rather than frowning at the reflection in our bathroom mirror, I believe we should learn to embrace our wrinkles. Those fine lines aren't small imperfections or the beginning of the end, but a manifestation of all the amazing things we've done so far.

You might have cheek creases because of all those summers you spent underneath the sun, playing around in the ocean. Maybe you have crows feet because you spent so much of your time laughing and being in a great mood. Stress lines could be there because of all the times you worried about your future, and all the hours you stayed up planning and working to fulfill those dreams.

Our lines aren't only charming and beautiful, though. They also tell a story about us. So rather than spending grocery money on expensive face creams that probably don't even do all that much, consider taking a step back and working on your self-esteem. There's no need to waste time picking ourselves apart. We can use that same time to embrace ourselves and view our "imperfections" as our defining, one-of-a-kind characteristics. Below are nine reasons why we should embrace our wrinkles. I'm sure we'll feel all the better for it.

1. What You Have Aren't Even Wrinkles

For real, though: Bona fide wrinkles are usually what 80-year-olds have when they're shuffling around in orthopedic shoes (and that's totally cool, BTW). Chances are that as a Millennial, what you have are sun lines and laugh lines, and they're just the normal wear and tear of being a human who moves around in this world. Rather than stressing out about these new creases, just keep doing what you're doing.

2. You Got Them Because You're So Expresive

You might have faint lines around your face because you're so expressive with your emotions. You laugh loud, smile big, and frown menacingly when someone pisses you off. You probably don't just sit there like a cool Disney villain with a stony face. Instead, you have warmth and charisma. Don't change that about yourself.

3. Those Lines Tell A Story

Maybe those deep laugh lines are there because you have hilarious friends and have made the most of every weekend. Those lines on your forehead might be from all those late nights studying or all those hours burning the midnight oil in pursuit of your goals. Every wrinkle on your face is undoubtedly there because of a story and because of people you've had in your life and places you've been. They're beautiful, and not something meant to be erased.

4. And They'll Let You Practice Your Self-Esteem

Rather than getting hung up on the lines on your forehead, take them as an opportunity to practice self-esteem and see yourself as a whole. You're not just a couple of faint, perceived imperfections. You're a kick-ass person who's gorgeous and interesting as a whole. So try to embrace those lines, and make it a point in positive body image's favor.

5. You're Allowed To Break Away From The Mold

You might be constantly hearing about how your worth isn't based on your size, appearance, or body-shape, which is an amazing message. But instead of being a passive viewer, why don't you join the body positivity movement and embrace what the activism is trying to teach you?

Consider accepting the idea that your worth isn't linked to your looks, and learn to like and respect yourself because of it along the road. This way, the movement will gain one more follower, and another person might feel free from one-dimensional beauty standards.

Want more radical body positivity? Check out the podcast below, and be sure to subscribe to The BodCast for more inspo!

6. You Can Be An Inspiration For Someone Else

Say that one of your friends has huge hangups about aging and is constantly worried about their face. Imagine what it would be like for them to hear that you don't really care about your lines — and not only that, but that you quite like the look of them.

This might not change the friend's mind on the spot, but if they heard the idea multiple times (and even better, from multiple people), they might begin to change their idea of what imperfections are.

7. It'll Open Your Eyes To Different Kinds Of Beauty

When you take the time to change your perspective and begin to see wrinkles as beautiful, you'll hopefully become more open to accepting other variations of beauty, too. You're now open to the idea that slender, blonde, and tall are not the only traits to strive for (not that there's anything wrong with those traits), which will only make things more fun as you age. After all, aiming for unrealistic, nearly impossible ideas of beauty takes up way too much emotional space.

I have a lot of friends who are freaking out over the looming 3-0 that's just a handful of years away. Rather than seeing it as a new chapter wherein they could have more independence, wisdom, and hopefully the means to take risks and adventures, they're seeing it as a quick slide into their 50s. Which is cray.

If you embrace your wrinkles and learn to think that they're charming, you'll likely be a whole lot more excited about the prospect of growing up, too.

9. Don't Let The Male Double Standard Be A Thing

When men age, it's often considered distinguished. They become even more handsome with their deep grooved wrinkles and their weathered faces.

So don't let the same for women be false. How do you combat the double standard, you might ask? Refuse to accept that the same logic can't be applied to a woman or feminine person. If a man looks more "distinguished" with his lines because they symbolize wisdom and a life lived, then the same should be said of all genders. Believe it, voice it, and help turn this construct around.

Whether you embrace wrinkles to work on your own self-love or to show other people that it's OK and exciting to age, one thing is for certain: A couple of lines are never a bad thing. Love them and embrace them.

More like this
Berriez Founder Emma Zack On Her Size Inclusive NYFW Show
By Dominique Norman
The Best Plus-Size Looks From New York Fashion Week
By Dominique Norman
This Week’s New Makeup Releases & More Beauty Headlines
By Audrey Noble and Erin Stovall
Your Guide To Treating Hyperpigmentation, Straight From The Pros
By Shani Hillian
Get Even More From Bustle — Sign Up For The Newsletter