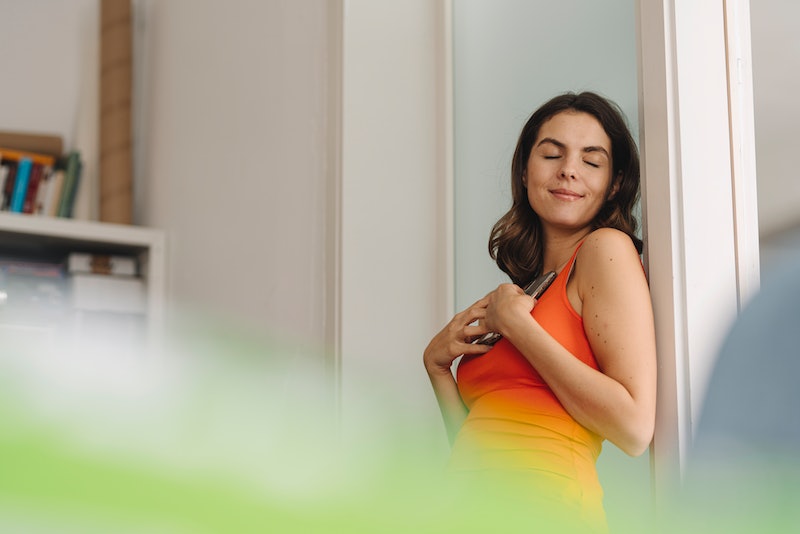 If I were to tell you that there’s an online quiz that can reveal to you how Millennial you are, you probably wouldn’t be surprised; after all, everyone knows Millennials love online quizzes, so it doesn't really get more meta than an online quiz about Millennials, right? But, hang on a second — do Millennials really love online quizzes, or is that just a stereotype? The true answer is probably a little of both — but good news: The quiz itself isn’t just based on stereotypes. It comes from the Pew Research Center, and it’s backed by all the demographic data they’ve gathered about Millennials. Isn’t technology grand?

Worth noting: The quiz is a little on the old side; indeed, it was first launched into the ether in February 2010 as part of Pew’s ongoing Millennials: A Portrait of Generation Next project. Since it’s six years old — ages in Internet time — it might be a little out of date now. Pew has, however, been gathering data about Millennials since 2006, so for all the up-to-date info you could possibly want about people born between the years of 1982 and 2004 (roughly — the timeline is debatable, but that’s the widely accepted definition), do check out the project. It’s pretty neat and it dispels some of those pesky Millennial stereotypes that just keep refusing to die.

As far as Millennials go, I, like the quiz, am a little on the old side: Having been born in 1985, I straddle the line between Millennials and Generation Y. Sometimes it’s hard for me to relate to the folks in this generation who were born a full 10 years or more after I was; our experiences have been dramatically different due to a wide variety of factors, from how advanced technology was for each of us at any given point to whether we can clearly remember major events like 9/11. As such, I’d be interested to see how I rank on this quiz relative to younger Millennials — yes, there are clear divides between generations, but sometimes there can be divides within generations, too.

Just for kicks, let’s give the quiz a shot, shall we? Here’s what happened when I took it.

The “How Millennial Are You?” quiz consists of a scant 15 questions — and I say “scant” because to be honest, I’m not totally sure I buy the idea of a quiz being able to nail down an entire generation in just 15 questions. Maybe I’m wrong, though; we’ll see. Here’s a selection of the sorts of things the quiz asked me about:

To be fair, though, that’s mostly because I took this quiz earlier this week, and I usually only have time for an hour on weeknights. I’m both an old fogey and an insomniac; I go to bed early. On weekends, though, all bets are off.

When I moved into my first post-college apartment (which, I am now realizing, was roughly 10 years ago — HOLY COW, I AM OLD), I actually did have a landline; my mum insisted I get one in the event that something like the Great New York Blackout of 2003, which happened literally right before I moved to the city, knocked the cell towers out for ages again. I never used that phone, though, and once I moved out of that apartment, I just didn’t bother to get another one. No point, really.

Because I am an intensely awkward person, I hate actually talking on the phone. That’s why I love texting so much. Bless you for existing, SMS technology.

I mean, sure, I like knowing I’m doing a good job, and I like having enough success that I can easily pay my bills; however, I do not feel compelled to become a high-powered business person who makes many more figures than I currently do now. If you do, awesome; you do you. Not my jam, though. I honestly don't know what I'd do with that much money.

Well, I’m about to marry one, so… yes? I guess? Not going to lie: I think this question is really weird, and I’m not actually sure what it’s getting at. Also, the definition of "government official" is unclear: Are we talking a government employee? Or, like, Someone of Great Importance?

6. My Relationship With Organized Religion:

I am a godless sinner. I am also extremely comfortable with that fact.

7. Whether I Have Any Tattoos:

Just one! I’ve been thinking about getting another one, though; does that make me super Millennial?

Wow. That is quite Millennial; frankly I'm a little surprised.

I wonder, though, how my results might change if I took the quiz according to who I was at the time it was initially released. Six years isn’t inconsequential; I was 25 then and just about to finish graduate school, so my life was dramatically different than it is now. The results page gives you the option to tweak your answers and see how your score changes, so I toyed around a little to see what it might have looked like when I was 25:

That's actually quite a difference — and apparently I was less Millennial at 25 than I am now. Answers I changed included how many texts I’d sent or received (less than 10 — I generally texted less frequently back then), whether I’d contacted a government official (not a thing I did a lot then), what my phone situation was (I still had both a landline and a cell), and whether I had a tattoo (I didn’t get mine until I turned 26).

Interestingly, though, this seems to be less a change in me personally and more a change in how the world around me functions — technology has advanced such that most of us probably text more than we talk these days, for example. Furthermore, there’s honestly not much of a reason to have both a landline and a cell anymore; the landline is an unnecessary expense, so I’m probably not alone in having jettisoned mine to save a few bucks.

So, hey — maybe stop and think before you disparage Millennials. Because we’ve all got a little bit of Millennial inside us, just waiting to stretch its tech-savvy wings and fly.