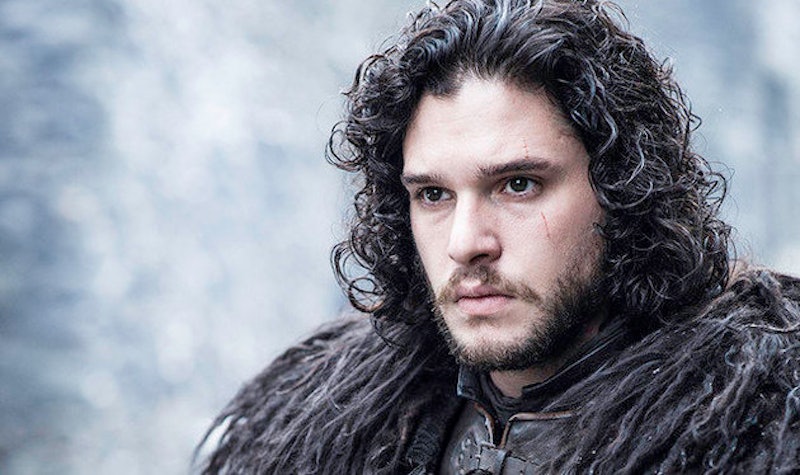 Huge news for Game of Thrones fans everywhere. While I’ve been sitting over here speculating on whether or not Jon Snow is dead ever since Season 5 ended, it’s become increasingly clear to me that I’ve been asking myself the wrong question. Because on Tuesday, co-creators David Benioff and D. B. Weiss set the death record straight. In an exclusive interview with Variety, Benioff and Weiss said without any reservation, “Jon Snow is dead.” They go into pretty specific detail about how you can tell he is dead from the final frame of Season 5, but instead of having this interview be the final word on whether Jon Snow would be in Season 6, what I think it does is make us change the question we are asking. If Jon Snow is definitely dead — which, according to Benioff and Weiss, he is — then the question changes from, “Is Jon Snow dead?” to “How can Jon Snow come back for Season 6?”

Because those two things are definitely not mutually exclusive. Not in a series like Game of Thrones where not one but two characters have come back from the dead and lived to see another day. Or, at least another episode. And considering the fact that Jon Snow was seen in the promo for Season 6, we already know he's involved in some way.

So how can he come back? Well, there’s the easiest answer: In flashbacks. But keeping a character around just for a few flashbacks is a bit challenging — especially for a show that doesn’t rely on flashbacks the way many series do. So, even though the flashback route may be possible, I think there are other more viable options for Jon Snow to return in Season 6. With a plot history like this, I think a Pet Cemetery situation is definitely possible for Jon Snow. So let’s stop asking whether or not Jon Snow is dead and start asking how the show’s writers will bring him back, because that seems more likely than ever before.