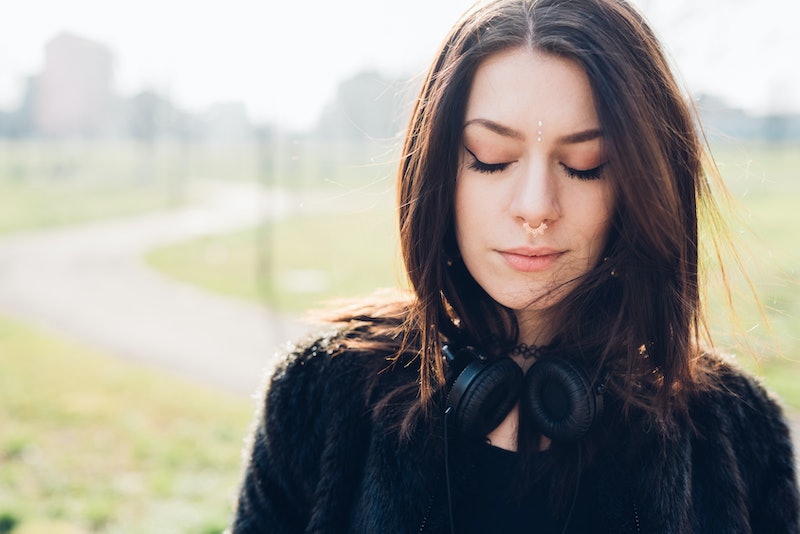 When it comes to dating, probably nothing is worse than trying to get over a crush on someone who just isn’t that into you. It starts when you begin feeling the very un-platonic feels for a friend who was previously just a friend. Maybe you even sorta-kinda hook up one night but then they don’t text you for a week and you’re really not sure what’s going on. You hang out a couple of more times; they’re affectionate; you’re feeling it again; and they ghost you. Or they tell you that they “just can’t” be with you right now, even though you’re “so great.” Or you keep hooking up with them, even though you know you’re not getting what you want.

Sound familiar? Ugh; so many of us have been there with the unrequited feels. When I was dating, one of the things I bemoaned the most was the fact that there were no rules about what we were doing and how we were doing it. Looking back now at 29, I realize that the “no rules” thing was double-sided: We have much more romantic and sexual freedom than previous generations — which is awesome — but at the same time it allows for these ambiguous non-relationships to go on for way longer than is healthy for anyone involved.

So what do you do if you need to get over a crush or ambiguous relationship with someone who’s not quite on the same feelings level as you are? The answer is simultaneously really simple and really hard:

Unfriend them. Unfollow them on Facebook. Stop checking their Twitter feed. Delete their number from your phone. Unsubscribe from their Snapchat. Figure out every single way you could possibly contact them or learn something about their life and quit it, cold turkey. It doesn’t have to be forever, but your heart needs time to heal — and also space to get distracted by someone else. If you’re constantly chatting with/looking at pictures of/sending snaps to the person who you’re lusting after who isn’t lusting after you, then you’re not giving yourself that space.

The whole process is similar to what happens after a breakup, really. In It’s Called a Breakup Because It’s Broken: The Smart Girl’s Break-Up Buddy, authors Greg Behrendt and Amiira Ruotola-Behrendt suggest cutting off all contact with your ex for 60 days. And, in a 2016 poll of 1,241 U.S. adults conducted by The Associated Press and WE tv, 61 percent of respondents said cutting off contact with an ex was the best move.

After getting unexpectedly dumped by a guy who I was seeing-but-not-really because: long distance, I tortured myself by following his Facebook posts and stalking his new girlfriend before finally deciding that enough was enough. I messaged him and said, “Hey, this is too hard for me right now so I’m going to unfriend you. I’ll be in touch when I’ve healed a little bit.” He was totally cool about it and because I’m one of those people who thinks it’s important to stay on good terms with your exes — even if they’re casual exes — I did eventually friend him again. Now we occasionally exchange links and I no longer feel anything but happy for him when he posts cute pics with his girlfriend.

That’s a more clearcut situation but I also totally get what it is to be really into someone, kind of dating, and hanging onto the hope that they’ll somehow, eventually, be really into you, too. However, here’s a hard truth: It’s pretty unlikely that they’re going to change their mind. “This isn’t the right time for me” or “I’m not dating right now” or “I’m not looking for anything serious” are all white lies that people tell. Often, what they’re really saying is that they’re not that into you because, if they were? They’d date you. Most people can’t turn away from someone they’re truly into, no matter what the circumstances are.

So if you’re trying to get over someone who’s not into you, what you may be doing by staying in contact is picking at the wound. And when you pick a wound, it doesn’t heal properly. Stop doing damage to yourself and consider breaking it off.