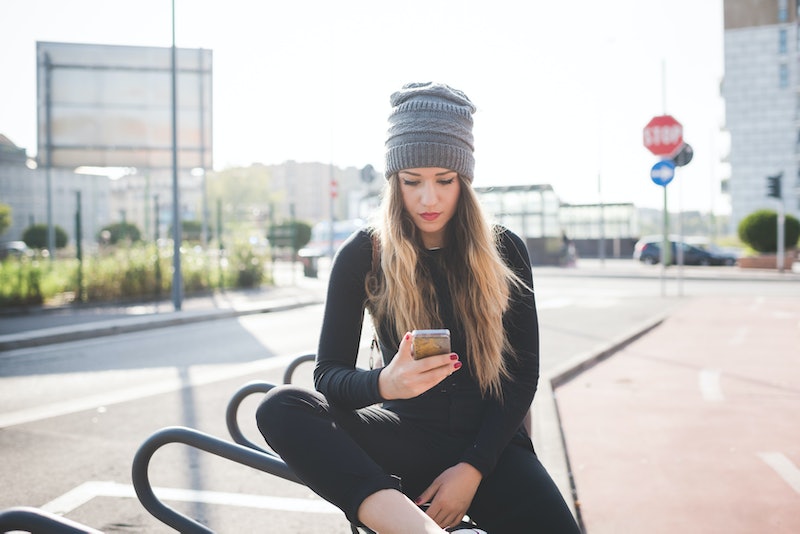 If you have a pulse, there’s a good chance that at some point you’ve had a crush on someone in your life — maybe you even have one (or a few) now. But in crushing on someone, there's always the possibility that your crush doesn't like you back. Hey, we've all been there.

In high school, you probably had a crush and having that crush made school so much more bearable thanks to that person. In college, you totally crushed on someone, maybe even a professor. And many of people have crushed on a coworker at some job they’ve had. It happens and it’s awesome, and even a glance from them in your direction, even if they’re not technically looking at you, can make not just your day, but your week, your month, your year ― I mean, just think about Angela Chase and Jordan Catalano fromMy So Called Life. Every time Jordan leaned against his locker and closed his eyes, Angela all but had an orgasm right there on the spot.

While some crushes evolve into real relationships, like Jim and Pam on The Office, or Samantha and Jake Ryan in Sixteen Candles, other crushes remain just that: Crushes. Sometimes they fade, sometimes it’s something you can't shake and carry around far too long, and sometimes, as much as it pains you, if it's unrequited you just need to move on and let go. Why? Because you deserve more.

Here are six reasons you should let an unrequited crush go now.

1. You May Be Wasting Your Time And Energy

Do you know how much time goes into having a crush? SO. MUCH. TIME. It’s exhausting on the body, because so many butterflies every time you see them. It's also drains you of your analytical skills, because “OMG! I think they just smiled at me,” which immediately leads you down the road of hours of analyzing when you could be doing other things. Then there’s also limerence, which are obsessive thoughts over which you have zero control that totally wipe out your brain.

People who are in the early stages of love in a new relationship also experience limerence, but at least in their cases their affection and obsession is reciprocated, so it's not a total waste.

2. You Could Be Missing Out On Real Love

The problem with crushes is that we become fixated. In being so fixated, we can’t see that there are other people in the world, even people who just might be as fixated on us as we are on someone else. Crushes blind us and keep our focus, especially if it’s unrequited, on the impossible. You may think that if you hold out long enough, your crush will finally see just how fantastic you are, but maybe they won’t ― maybe they just never will. Why would you want to bind yourself to “maybe,” when you deserve a “definitely,” with someone who’s totally into you?

3. There Are A Million Fish In The Sea

Fun fact: There are over 7.1 billion people in the world. Sure, the likelihood of meeting every single one of these people is slim, but if you try your damnedest, you might realize that your crush isn't "The One" after all, and that there are easily hundreds of people out there to crush on who will crush on you back. In letting your unrequited crush go, you just might find yourself in a relationship instead of pining away for someone who doesn't want you.

4. You Can’t Be A Puppy Forever

Have you ever noticed that when you have a crush on someone you literally become a love-crazed puppy who will follow them to the ends of the Earth and back? If they have a crush on you too, then you can follow each other around forever, but if it’s unrequited then you could be taken advantage of and no one wants that.

When someone has a crush on you, it’s intoxicating! You love what it does for your ego, with very little concern about what it might be doing to the person who has a crush on you. That being said, if you’re the one with the crush, you’re a walking ego booster for that person and don’t you deserve more? Don’t you deserve to be the one whose ego is being inflated by someone crazy about you? Answer: YES.

5. You Can’t Make Someone Love You Back

Although I think associating the word “love” with a crush is a little strong, the fact is that you can’t make people feel things for you that they just don’t. You can read every single article about “how to make your crush notice you” that’s ever been written, but there is no rhyme or reason to who we love and who we don’t. It’s also not a conscious choice that anyone makes. Hanging around, waiting on someone to see the light is heart-wrenching and torturous. You do not deserve to be tortured in such a way.

6. Life Is Not A John Hughes Film

One of the biggest tragedies about life is that we don’t live in a John Hughes film. What this means is that getting Jake Ryan in the end isn’t a guarantee, you’re not going to have some dramatic moment kissing in the parking lot of your prom like in Pretty in Pink , and you’re sure as hell will not be able to fight off two burglars Kevin McCallister style.

In the words of The Rolling Stones, “You can't always get what you want, but if you try sometimes you might find, you get what you need.” Basically, let the unrequited crush go — you deserve someone who's crazy about you too.

More like this
Are Quality Time & Gift-Receiving Love Languages Compatible?
By Lexi Inks
The 19 Best Tweets & Memes About Bisexual Awareness Week
By Lexi Inks
How To Set Rules If You're In An Open Relationship
By Lexi Inks
Breeding Kinks Have Been On The Rise Since Roe V. Wade Got Overturned
By Lexi Inks
Get Even More From Bustle — Sign Up For The Newsletter