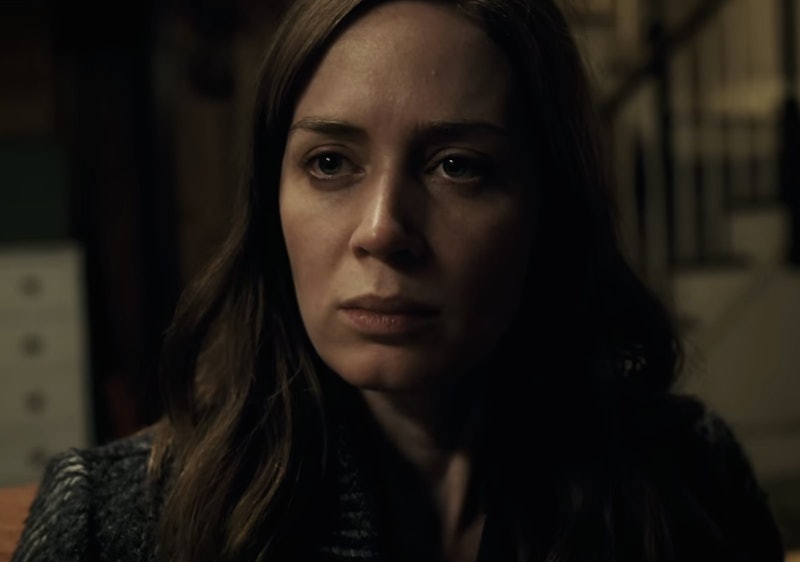 Coming off of its incredible run as The Book Literally Everyone You Know Was Reading, The Girl On The Train has its first trailer out, and, oh boy, is it a lot. The film stars Emily Blunt as Rachel Watson, a young woman who gets sucked into the daily life of a couple whose house she passes every day on the train during her commute into work. When a young woman named Megan Hipwell, played by Haley Bennett, goes missing from that very house, she feels like she knows something about it, but can't figure out exactly what, because she was blackout drunk during the time Megan vanished. And, of course, all of this is complicated by the fact that Megan and Scott Hipwell live just a few doors down from Rachel's ex-husband Tom (Justin Theroux), his new wife Anna (Rebecca Ferguson), and their new baby, making Rachel's fascination with the Hipwells that much more sordid.

It's a definite thriller, and the book had me on the edge of my seat, but somehow I wasn't prepared for how intense the teaser trailer would be? I don't know what I was expecting, but I was in full goosebumps and startled at least three times. I don't know about you, but with the amount of times I jumped just during this two-and-a-half minute clip, the full-length feature is gonna be a whole lot for my nerves when it comes out Oct. 7. Take a look.

I mean obviously I'll be watching it and obviously counting the days until it hits theaters, but I think I should just prepare myself now to be a jumpy mess on the day. Which I'll do by watching this trailer 2,091,245 more times, until I'm immune.