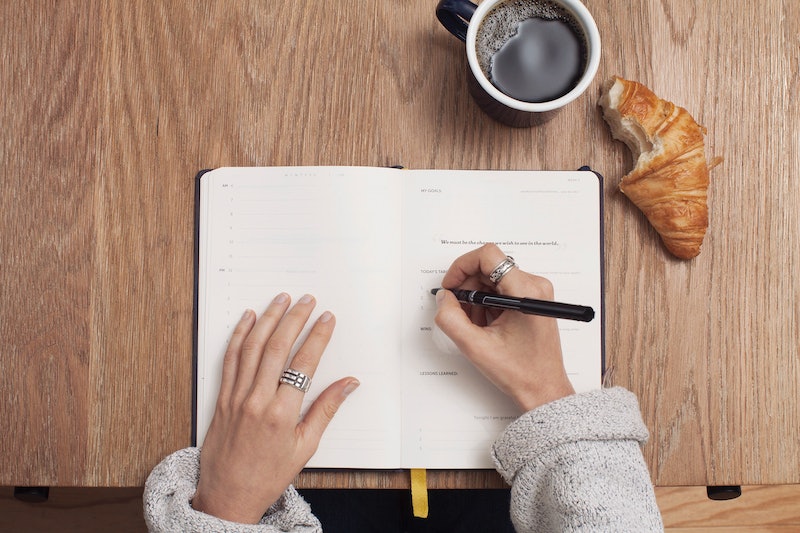 The next time you find an unexpected typo or grammatical error after you hit the Send button, cross your fingers, take a deep breath, and hope the recipient is an agreeable extrovert — therefore more inclined to forgive errors. A new study from researchers at the University of Michigan found that individuals with these personality traits hold higher opinions of those with poor spelling and grammar. Of course, this confirms what most of us already figured out: the grammar police aren't very nice.

As a card-carrying member of the grammar police, I'll agree with this to a point. I cringe at txtspk. Learn your damn homophones. And, yes, you really should know the difference between "literally" and "figuratively."

If this makes me sound like a terrible stickler, I've got news for you: there are some grammar police officers with more staunch views on language. These are the "Ending a sentence with a preposition is something up with which I will not put" people. They're the folks who bemoan the end of the English language whenever a noun gets verbed. Oftentimes, there's an element of classism, or even racism, in their grammar policing — all of my side-eye to the people who can't accept African American Vernacular English as a legitimate dialect.

Gregory Guy, Professor of Linguistics at New York University, tells Mashable that this study, which ties linguistic bugaboos to psychological traits, is part of a new research track. Guy goes on to say that,

If you're already bracing for comments about your psychological profile from your less-grammar-minded friends, better batten down the hatches; the grammar police have more research headed their way.