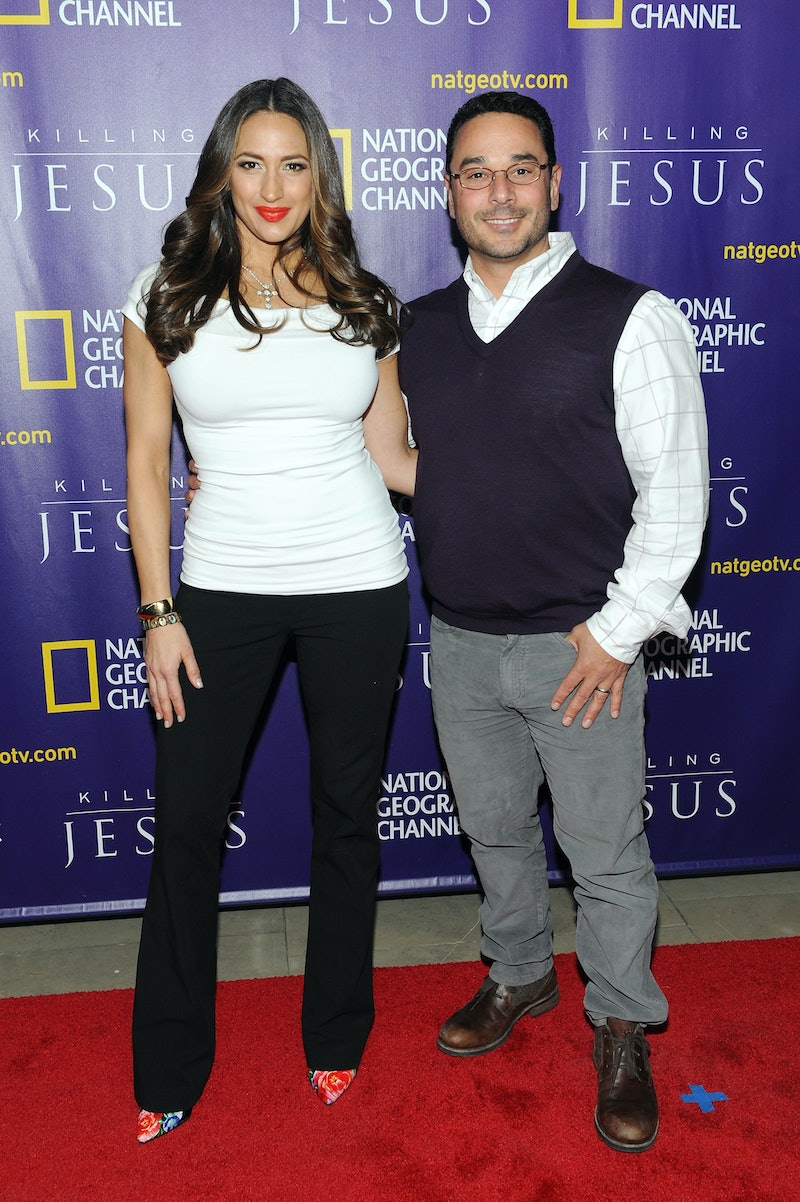 In distressing news for fans of Real Housewives of New Jersey, E! News reports that former RHONJ star Jim Marchese was arrested for domestic violence after disembarking a plane Tuesday night in Los Angeles. The alleged incident reportedly happened while Jim was aboard the plane. Bustle has reached out to Bravo and Jim's wife Amber Marchese's rep for comment, but has not yet heard back. Update: Amber's rep responded to Bustle with a lengthy statement from Amber in which she denies the claims of domestic abuse. The statement can be read in full here.

At the request of officers, a male suspect and a female victim left the aircraft. Additional questioning revealed the suspect had grabbed the victim by the throat and made threats against her. Suspect James Marchese was arrested and transported to LAPD Pacific Division where he was booked.

Jim's wife, Amber, a former Bravo Housewife, posted an Instagram of herself either preparing for or on a red eye flight around a half hour before the alleged incident, according to E!.

Jim and Amber appeared on RHONJ during Season 6, before deciding to leave the show after one season. Amber claimed the show "did not allow viewers" to see an accurate portrayal of herself, and told People in November 2015:

Jim and I have been giving Real Housewives or New Jersey a lot of thought and given the current state of affairs regarding our personal lives and the direction of the show, we officially decided to move on. The show was not what we expected it to be, and I want to pursue more suitable endeavors.