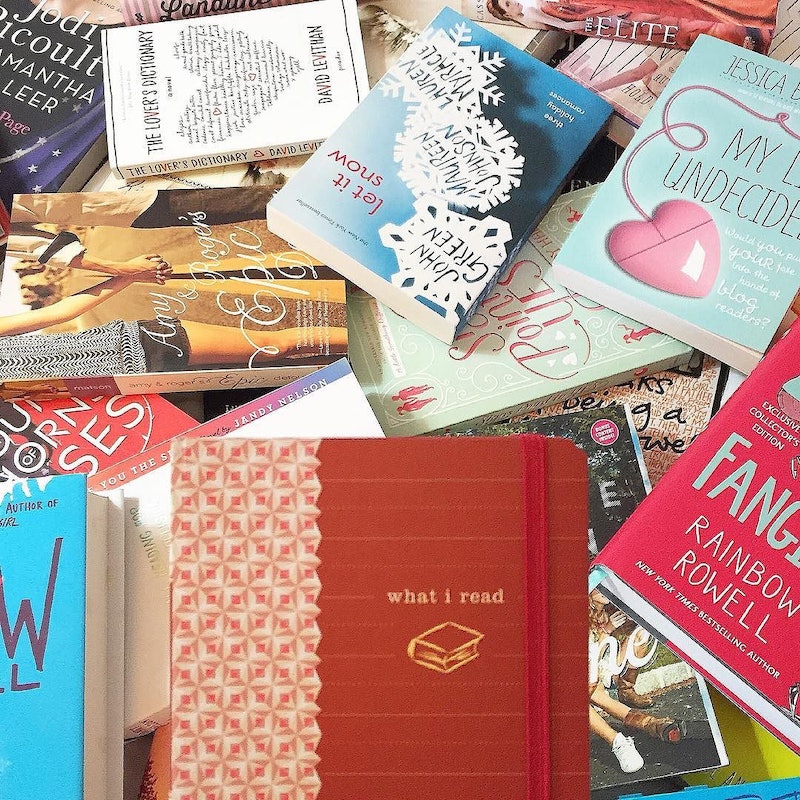 In a Wednesday press release, Lifetime announced plans to develop two YA novels for television. The new series are part of The Fempire, a new Lifetime directive, "which is dedicated to entertaining and engaging the next generation of feminists by creating content for women, by women, about women."

For the tentatively titled None of the Above , Lifetime brings together Stephen Chbosky and Liz Maccie to develop I.W. Gregorio's 2015 novel of the same name. Like the book, the series centers on a homecoming queen whose world turns upside down when she discovers she is intersex. Chbosky wrote The Perks of Being a Wallflower , and directed the acclaimed 2012 film adaptation, which starred Logan Lerman, Emma Watson, and Ezra Miller. Maccie previously wrote four episodes of the hit ABC Family series, Make It or Break It.

Lifetime has also ordered a two-hour pilot for a series based on Aimee Friedman's 2009 novel, Sea Change . The supernatural drama follows a young woman who moves in with her estranged mother after the death of her father. As she slowly learns the ins and outs of life in her new town, she's thrust into the middle of a deep mystery involving a local legend: the Sea Walkers.

The Fempire will cast Selena Gomez, Serena Williams, and Janet Jackson as executive producers of separate projects. Gomez heads up an as yet untitled autobiographical scripted drama. Williams will work on a movie about sibling rivalry, currently known as Sister Dance, inspired by the dance competition she and sister Venus host each year. The Fempire puts Jackson behind a made-for-TV biopic about Stephanie "Queenie" St. Clair: the only female Prohibition-era mobster. Additionally, MMA fighter Ronda Rousey has signed a three-movie deal with Lifetime, but no specific projects have been announced at this time.

YA fans will find plenty to love when The Fempire's new schedule kicks off later this year.

More like this
10 Must-Read New Books Out This Week
By K.W. Colyard
Selena Gomez Joked About Her Relationship Status In Her ‘SNL’ Monologue
By Grace Wehniainen
'Heartstopper's Kit Connor Revealed His Hopes For Season 2
By Nola Ojomu and Sam Ramsden
'Heartstopper’s Joe Locke Has A Sweet Message For Queer Fans
By Sam Ramsden
Get Even More From Bustle — Sign Up For The Newsletter