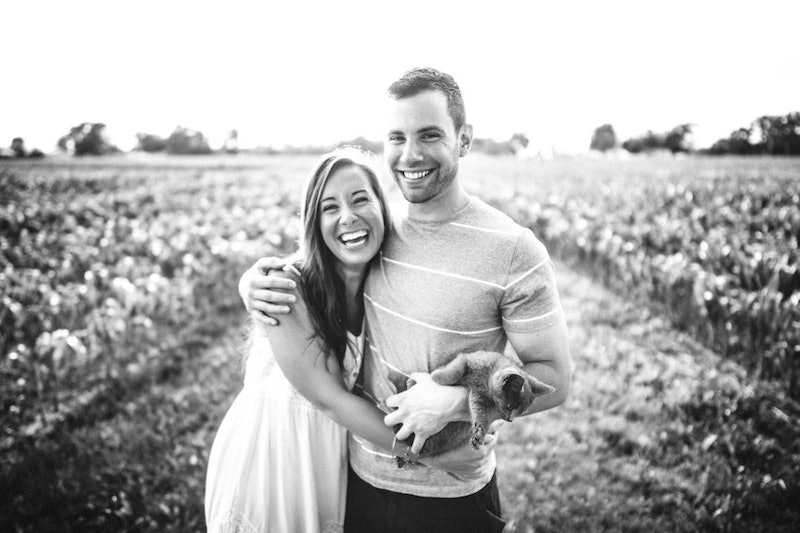 For those who have ever feared they are too awkward to flirt, I have the best news ever — flirting can be learned, and you can learn to do it effectively at that. There are several scientifically proven ways to successfully flirt, and none of them are particularly difficult to handle, even for the most tongue-tied of women. This is because only some of the act of successful flirting has to do with what you say. The rest lies in how you deliver yourself from a non-verbal sense. It’s simple, so read along.

Let’s say you’re at the bar one night, you’re wearing your favorite outfit, yet every time you attempt to flirt with someone it’s just going horribly. It might be attributed to some of the tiny mistakes you’re making, and lack on knowledge of what actually works when it comes to flirting. Conveying interest in someone doesn’t have to be fawning over them or dressing to the nines every time you’re around them (although dressing in red is helpful, as we’ll get to). Rather, it has to do with your body language and how well you deliver yourself. You don’t have to overthink it, either. Actually — as we’ll also get to — overthinking it by coming up with a corny one-liner, for instance, might end up playing against you. Keeping it simple and cool might be your best bet, especially when you combine that with the right non-verbals. Let’s get to it. Here are 11 ways to successfully flirt, according to science.

In addition to making eye contact, another successful flirting tactic is smiling. TIME spoke to Dr. Monica Moore, a psychologist at Webster University who has researched flirting techniques, and Moore cited smiling among the best flirting tactics that signals interest. Additionally worth noting, according to Moore the tactic is universally understood by men and women.

3. Offer Up A Great Compliment

SheKnows.com spoke to flirting expert Rachel Dealto who suggested offering up a compliment as part of a successful flirting routine. According to Dealto, flirting is about making the other person feel good by giving them attention — so adding a genuine compliment to that bit of attention your giving will serve to further amp it up. In addition to giving him or her a compliment, Dealto also suggested asking the person questions about themselves.

5. Make Him Or Her Laugh

According to the Social Issues Research Centre (SIRC), adding humor into the conversation can make for some good flirting. SIRC said studies have shown those who use humor in conversations are perceived as more likeable, and telling jokes can bring a sense of relaxation to the conversation during the flirting process. (Just be careful not to cross the line and take the jokes too far by making them wildly inappropriate!)

Coffee lovers, you’re going to be happy about this. Warm beverages can play a part in the flirting process, so if you’re flirting with a cutie, just grab them something hot to drink and work your magic. According to research out of Yale, holding a warm drink can better someone’s perception of the person they’re with, particularly seeing the other person as generous and caring. FYI too that a cold beverage does just the opposite, according to the study.

Posture means everything when it comes to flirting. This is because the way you hold your body speaks nonverbally about how confident you are, and therefore how attractive you might seem to the person you’re flirting with. Research from Colorado College agreed — stand up straight to show you’re confident and that your conscious of how you’re moving your body in order to be successful at flirting.

There’s a reason people make fun of cheesy pickup lines — they’re sort of ridiculous, and definitely favored by those on the receiving end. A study from the journal Sex Roles found one-liners were favored by neither men nor women, so cut them out. Instead, consider trying innocuous lines like “What do you think of this band?” (preferred by women) or a direct approach “I think you’re cute so I had to come over and say hello” (preferred by men).

If your goal in flirting is to be deemed attractive, then choose to wear something red before you go out. A study out of the University of Rochester showed men were more attracted to women wearing red compared to those who weren’t wearing the color. A separate study by the University of Rochester showed the opposite was true of women who viewed men dressed in red — they were significantly more attracted to them then men who weren’t donning the color.

10. Go In For The Gentle Touch

According to a study published in the journal Social Influence, the most effective flirtation touch is a gentle one. Makes a lot of sense — on the flip side would you want someone aggressively touching you while they’re flirting? Heck no. The study also showed the type of touch that will come off as non-threatening is a light touch on the shoulder or a handshake.

11. Point Your Feet Towards Him Or Her

The final flirting tactic worth mentioning here if you want to do so successfully has to do with your feet. Science shows we as women will point and move our feet towards someone we’re interested in, so if we want to show interest in someone we should use those feet to our advantage. According to a study reported on by The Telegraph, women will slide their feet toward the person of interest, making a more open-legged stance. Oppositely, according to the study, if a woman tucks her legs beneath her or crosses them, she’s showing less interest.

Now that you’re equipped with some scientifically backed flirting tactics, keep them in your arsenal of flirting tools for this weekend. Don’t be surprised if you’re quickly wooing love interests all over town.

More like this
Are Leo & Capricorn A Good Match?
By Kristine Fellizar
The Top Mistakes Scorpios Make In Relationships (& How To Avoid Them)
By Nina Kahn
The Best Time To Date After A Breakup, According To Experts
By Bustle Editors
Are Leo & Leo Compatible In A Relationship?
By Kristine Fellizar
Get Even More From Bustle — Sign Up For The Newsletter