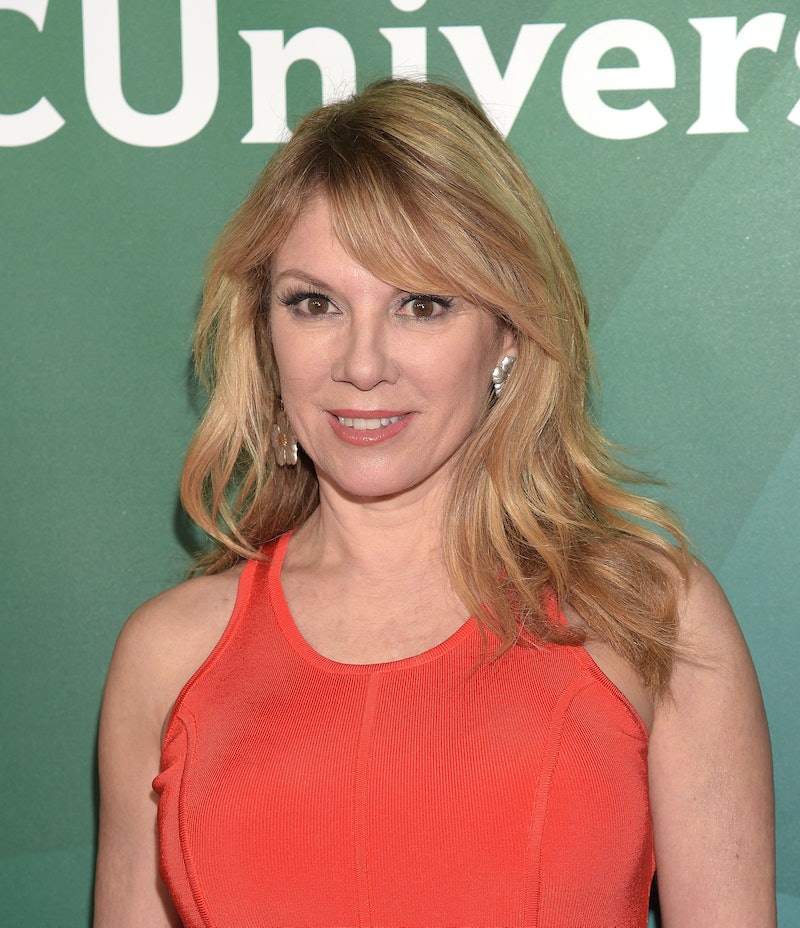 "Can you believe I started filming exactly 10 years ago?" Real Housewives of New York City star Ramona Singer asks me over the phone two episodes into her, and the show's, eighth season. Ramona is the only remaining original cast member who has stayed put the entire time. (Bethenny Frankel was on the show for Seasons 1 through 3 before returning in Season 7; original cast member LuAnn de Lesseps dropped down to a "Friend of the Housewives" for Season 6.) Because of this, a natural question for fans of the show to have is whether Ramona ever thought about leaving herself. It's not uncommon for Housewives to leave to pursue other ventures while still popping up on the show from time to time. And it turns out that Ramona has thought about leaving — she just got her doubts out of the way long ago.

"I think after a reunion. I remember once after a reunion, I said to myself, 'I can't do this anymore,'" the reality star and mother says. "And someone said, 'Listen, it's just like a baby. You'll forget the pain.'"

She continues, "I think it was Season 2 when I felt really ganged up on from Bethenny and Jill [Zarin]."

It's hard to imagine Ramona leaving the show because it's hard to imagine what a RHONY without her looks like. She's been there for all of the fights and all of the Housewives who have come and gone. When a new Housewife starts drama, as a viewer you know that Ramona can handle it, because you two have already been through so much together. It's almost like you could turn to Ramona and say, "Well, she wasn't even here for Alex McCord's 'I am in Brooklyn' rant like we were, so what does she know?"

Ramona says of deciding to still do the show after that stressful reunion taping:

Of course I forgot all about how I said I'm not doing the show again. I was so distraught. I was in bed for almost a day or two. But I think, you know what, even though I'm very verbal I don't always know how to handle myself when someone attacks me, and I get very defensive. And I think now I've gotten better with it, but I think when it came to the reunion when people were attacking me. I just didn't know how to respond and how to handle it, and it was very upsetting to me.

The 59-year-old has been through many reunions since, and is clearly able to hold her own because she's still going strong all these years later. And it seems like Ramona is interested in and aware of how she changes, just like viewers are. She says,

It's very interesting this season, I think, because of my divorce that I become a more understanding person and just more patient. And I think it reflects with my persona on the show, and I'm the one who's trying to get everyone to get along and say, you know, "Come on. Can't you two make up" and "What's going on here." And I'm playing, like, a different role. And one thing about this show, I, as a person, have evolved over 10 years and I think over eight seasons you can see my personality evolve and change. I'm still true to me but theres little nuances that are different.

It's enlightening as a fan of the show to hear that Ramona looks back on herself this way. I don't know exactly how different I was as a person "eight seasons" of my life ago, but Ramona can get a taste of hers by just streaming a TV show. Clearly, evolving is something she thinks about. This is, after all, the woman who threw herself a "new beginnings party."

Ramona's tagline this season — which she wrote herself; she writes all of her taglines — perhaps expresses her mindset best: "Like a fine wine, I just get better with time."