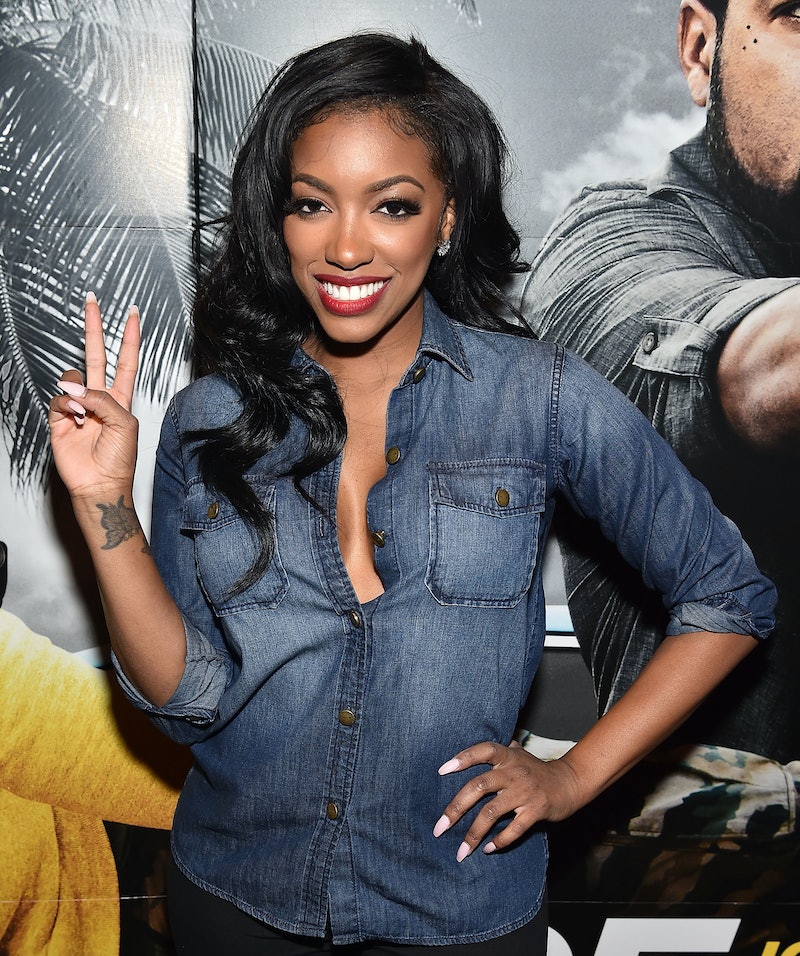 The Porsha Williams who we love watching on Real Housewives of Atlanta is a totally different woman than the one we first met when she joined the show. Porsha has really gone through a major transformation on RHOA in pretty much every way possible. She dresses like a totally different person, she says things that I never thought I would hear come out of her mouth, and she even has some new body parts. Porsha just keeps getting better and even more entertaining, and I love all of it.

It's so crazy to think about how far she has come from the stay-at-home wife we first met to the single business woman who is currently looking for a relationship. Porsha is the life of the party and always speaks her mind, no matter who she's talking to. I am so all about this new Porsha — not that I didn't like her when she was first introduced on the show. She just is larger than life now. She is always bringing the entertainment with her shady one-liners, outrageous outfits, and expressive facial expressions. The woman has really come a long way. Here's how she changed.

When Porsha first joined the show she was known as Porsha Stewart, the dutiful wife to former NFL player Kordell Stewart. She was very devoted to her marriage and prioritized that over all else. Now, Porsha is an independent woman, is very single, and loves mingling.

She Is A Business Woman

Nowadays, Porsha is all about chasing that paper. She is a correspondent for Dish Nation and she has a line of hair products called Go Naked! Hair and a lingerie line called Naked Lingerie. This is a far cry from the Porsha we first met who focused on her marriage above all else.

She Switched Up Her Style

Porsha dressed much more modestly during her first season on the show. Now, she calls herself "the Princess of Thotland" and is comfortable in more revealing clothing.

Sure, Porsha was argued with the other Housewives and was involved in drama right from her start on RHOA, but over time she turned into a shade master. She really has so much more sass now and can really hold her own with the ladies.

Over the years, Porsha has shared that she is actually a really good singer, and she has put herself out there, recording a single called "Flatline."

She Has Had Multiple Altercations

Porsha was pretty demure when she first started in reality TV. Now, she has been involved in two physical altercations, one with Kenya Moore and one with Cynthia Bailey.

She Is Friends With Phaedra

Porsha and Phaedra never got along. It was for no real reason, but Phaedra would always diss Porsha because of the random things that she tends to say (see below). But now, these two have the closest relationship out of the RHOA ladies.

She Knows What The Underground Railroad Is

Porsha made headlines when she admitted that she thought the underground railroad was an actual functioning railroad. The comments were really bad considering that her grandfather was Hosea Williams, a Civil Rights activist. Now, she knows the truth about the historical term.

No matter what changes Porsha makes, I feel like she is showing more of her true self — and getting more entertaining to watch — and I am all for it.