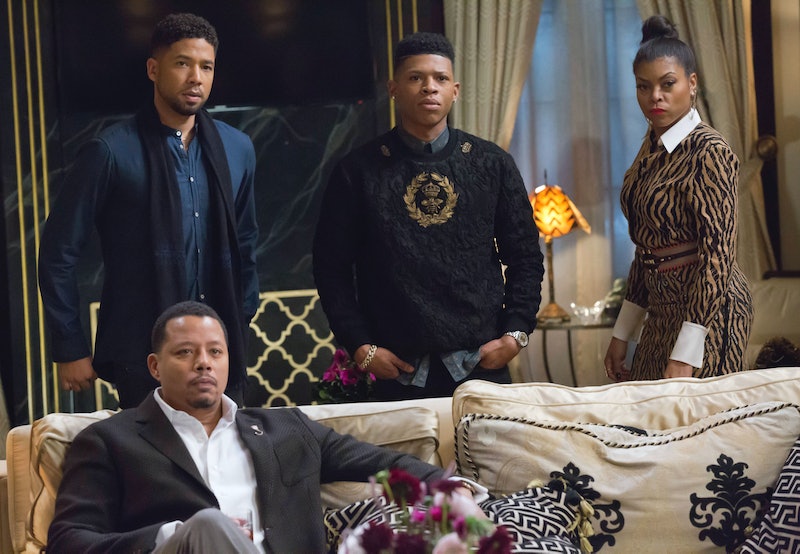 OK, is anyone else extremely confused right now? Just when you think this show can't get any crazier they actually manage to bring someone back from the dead. Or, at least someone we thought was dead, but is apparently just hanging out in an old age home. That's right, my friends — if we're to believe the last few moments of Wednesday night's episode, Lucious' mom is alive on Empire , which means she didn't actually killer herself in front of her son all those years ago. And if you're thinking that maybe Lucious was somehow unaware of his mother's fate, then think again because the whole reason viewers saw her in the first place was due to the fact that Thirsty showed up to drop off some hush money to the owners. He was clearly there on Lucious' orders.

So the next logical question is, why has Lucious been lying about her this whole time? Did he think having a more tragic backstory would help his tough persona? Is he doing it for her own protection somehow? Is it a mixture of both? All any of us can do right now is speculate, but the fact of the matter is that someone lied about this character's fate big time.

But all secrets on this show have tendency to bubble their way to the surface eventually, so it's only a matter of time before the truth comes out and we find out for sure whether this woman is legit or not. Though, considering that the mystery woman kept flashing back to drowning Lucious in the bathtub, she certainly seems like the real deal, unless the writers are really just trying to mess with us. But odds are there's definitely more to Dwight Walker's story than meets the eye.