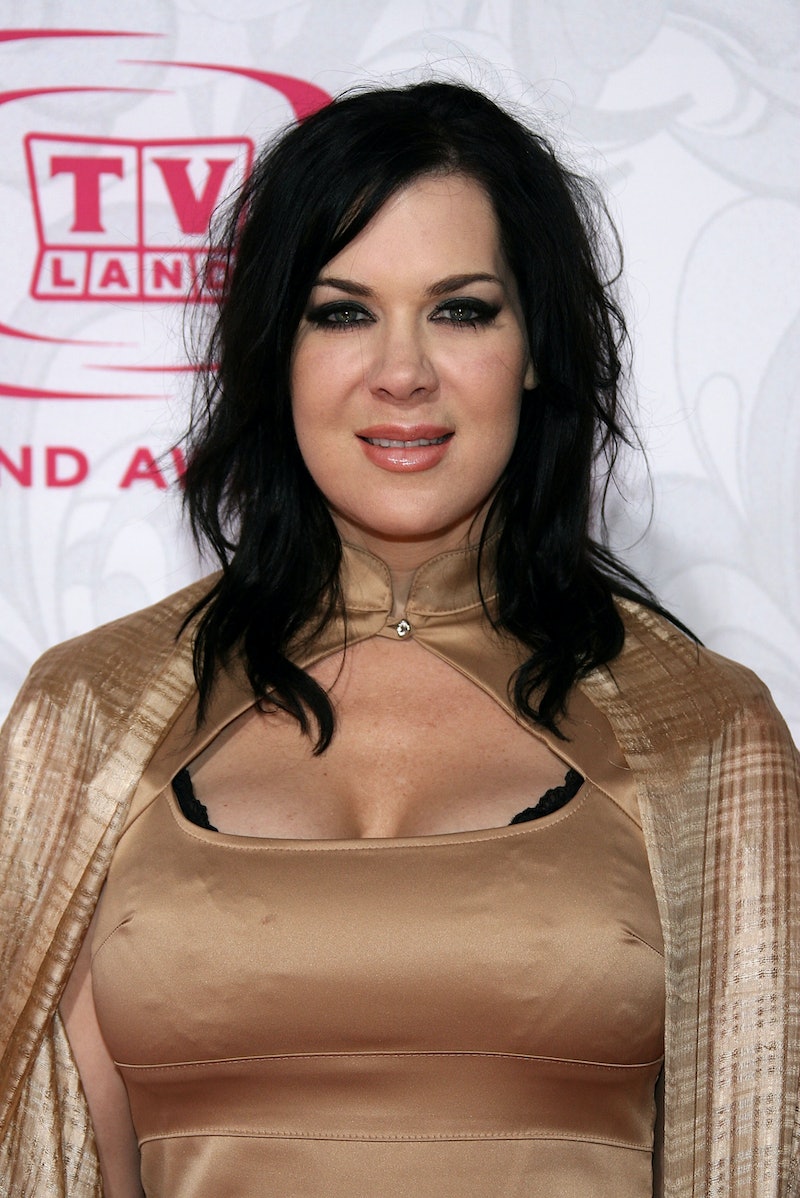 On Wednesday, it was reported that professional wrestling star Chyna died at the age of 46. The sad news first came to light with a Facebook post that was shared by her team, reading, "It is with deep sadness to inform you today that we lost a true icon, a real life superhero. Joanie Laurer aka Chyna, the 9th wonder of the world has passed away. She will live forever in the memories of her millions of fans and all of us that loved her." At this point in time, no cause of death has been revealed. There's no doubt that her legacy will never be forgotten. She dominated the professional wrestling world, and if there's one thing to remember about Chyna's career, it's the fact that she transformed the profession for the better by opening up the door for all women.

She was a pioneer in the wrestling industry, especially as a woman who was entering what is a male-dominated world, and she helped change that in more than one inspiring way. According to NPR, in 1996, she won Rookie of the Year honors in the Professional Girl Wrestling Association. And before becoming a solo star, she came onto the World Wrestling Federation scene (now known as the WWE) as wrestler Triple H's bodyguard.

Soon enough, she started making a name for herself. So much so that as the official WWE website explains, she broke barriers as a woman in a variety of tournaments. For example, she is known as the first woman to enter the Royal Rumble and King of the Ring, in addition to becoming the first and only woman to win the Intercontinental Championship. How impressive is that?

It's clear many agree that Chyna was a fighter who wasn't going to let gender barriers get in her way. As WWE Chief Brand Officer Stephanie McMahon tweeted Thursday, "I just heard the tragic news that @ChynaJoanLaurer has passed. She was truly a pioneer in our industry, and she will be missed. #RIPChyna."

Chyna has definitely left a mark, especially amongst her fans. Many have taken to Twitter using the hashtag #ChynaTaughtMe, in which they are expressing just how much Chyna influenced their lives. Here are just a few tweets:

In addition to being a powerhouse wrestler, she was an icon for female empowerment who inspired the world in amazing ways.

Throughout her time as a wrestler, Chyna also became known as "The Ninth Wonder of the World," and it's clear why she was given that title. Her accomplishments and contributions to the professional wrestling world will forever be remembered.