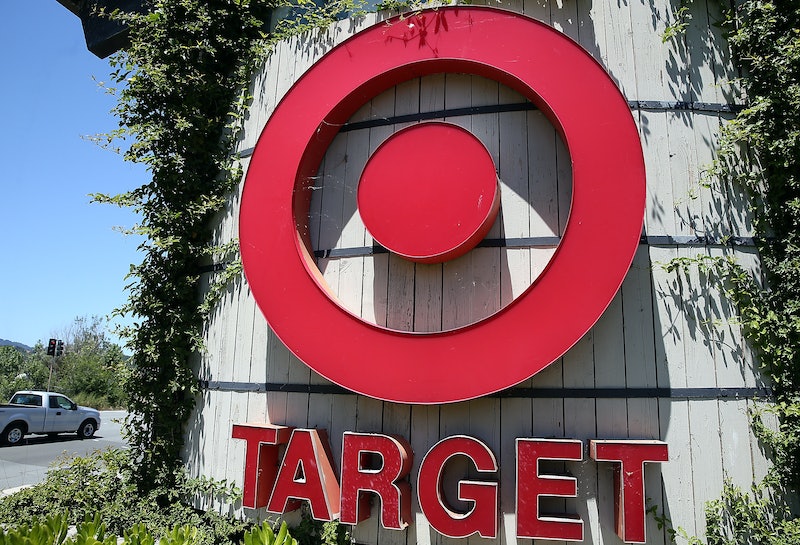 Amidst the wave of anti-trans legislation cropping up all across the country lately, there is finally some good news to cheer for: Target's restroom policy allows trans customers and employees to use whichever restroom matches their gender identity in their stores. Even better, this policy is national — meaning, it includes all of the nearly 1,800 Target stores in the United States. That is definitely something to celebrate.

Recently, lawmakers in many cities and states have attempted to pass legislation requiring people to use the restrooms matching the gender they were assigned at birth, rather than the gender by which they identify. Supposedly, these laws are meant to protect women from male predators, despite the fact that no one has been able to unearth even a single instance of a trans person attacking anyone in a restroom, ever. In reality, these laws make it that much harder — and that much more dangerous — for trans people to use restroom facilities, which can make life very difficult and stressful.

But fortunately, thanks to Target, trans people just gained more than 1,700 places where it's safe to use the restroom. Target has already informed its stores of the company's position on the subject, and says that they remain committed to being inclusive for all their customers.

“We believe that everyone — every team member, every guest, and every community — deserves to be protected from discrimination, and treated equally,” the company said in its announcement on Tuesday. “Everyone deserves to feel like they belong.”

Target has a history of being LGBTQ friendly. In 2014, they openly supported same-sex marriage, and they also support the Equality Act, a bill that would amend the Civil Rights Act of 1964 to include sexual orientation and gender identity as protected categories. And now they're making their store restrooms inclusive for trans people.

The move has mostly been met with enthusiasm, but predictably a number of people are not happy about it — in fact, there's already a Snopes article refuting the rumor that Target was forced into the change by President Obama and LGBT activists. (Because the rumor is absolutely not true.) And the conservative American Family Association has already announced a boycott of the company.

Overall, though, this has been some awesome news. Keep it up, Target!