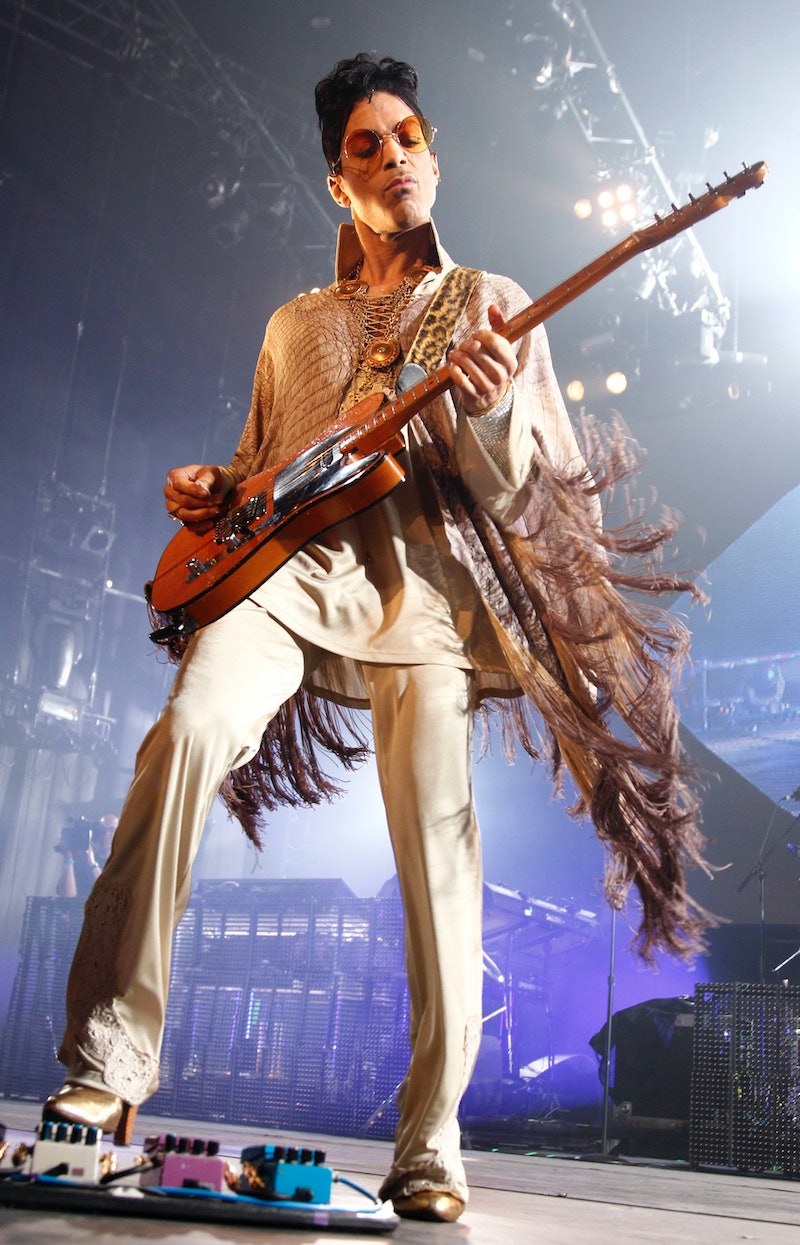 The entertainment world has lost another legend. On Thursday, TMZ reported (via Pitchfork) that Prince has died at the age of 57. Via The Associated Press, Prince's publicist confirmed in a statement Thursday that Prince had died at his home. Per TMZ, Prince's body was found at his Paisley Park compound in Minnesota early Thursday morning. At this time, no further details regarding his death have been released. Bustle reached out to Prince's reps and received the following response: "It is with profound sadness that I am confirming that the legendary, iconic performer, Prince Rogers Nelson, has died at his Paisley Park residence this morning at the age of 57." Bustle has also reached out to the Carver County Sheriff's Office in Minnesota.

Update: In a press conference on Friday, Carver County Sheriff Jim Olson said that there is "no reason to believe" Prince's death was a suicide.

Earlier: Before TMZ's report of the iconic singer's alleged death, the Carver County Sheriff's department in Chanhassen, Minnesota confirmed to TMZ that they were investigating a death at Paisley Park. Carver County Chief Deputy Jason Kamerud told FOX 9 out of Chanhassen confirmed law enforcement official responded to a meidical call at 9:43 a.m. According to FOX 9, the crime lab and medical examiner were also on the scene and were not releasing the identity of the deceased until notifications were made.

On April 15, TMZ reported that Prince was rushed to the hospital emergency room, after his private plane made an unscheduled landing at Quad City International Airport in Moline, Illinois. A rep for the singer told TMZ that Prince had been fighting the flu for several weeks. After receiving treatment, Prince was released after three hours at the hospital and flew back home.