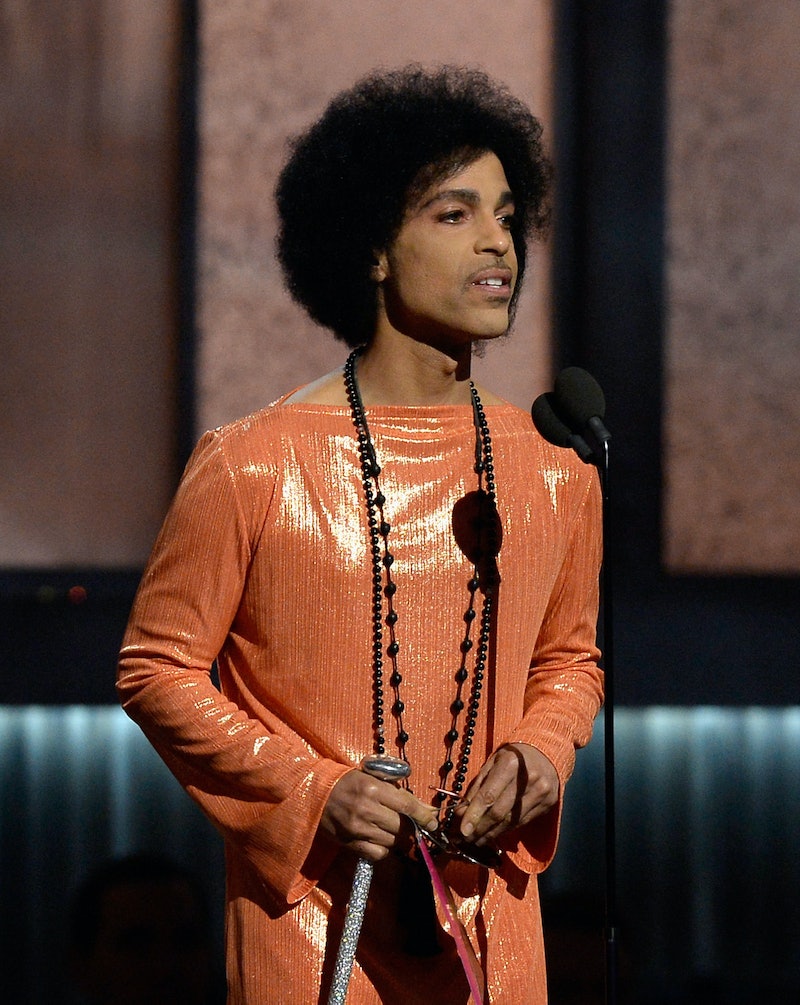 Fans were saddened Thursday to learn that music legend Prince has died at the age of 57. Although the musician was famous for his innovative beats and unapologetic portrayal of sexuality, he was also a political artist. Throughout his prolific career, Prince wrote songs that made important political statements. His music often spoke openly about sensitive, but vital, topics, ranging from the Cold War to domestic poverty, to AIDs, to police brutality. In a 2011 interview with The Grio, academic and social activist Dr. Cornel West said of the late musician,

Prince’s undeniable genius constitutes a major moment in the history of American music in general, black music in particular. And his political evolution, which is grounded in a spirituality, but also connected to fundamental concern and care for poor and working people, positions him as an exemplary freedom fighter…How rare it is that you see the best of both musical genius and freedom fighter in that way.

In more than 30 years as a recording artist, Prince released 39 studio albums and penned hundreds of songs. The list of Prince lyrics that explore politics, activism, and social justice could go on and on, but here are a few to get you started:

In his book about Prince lyrics, C. Liegh McInnes points out that although the United States wasn’t at war when “Partyup,” was written, tensions were high and people were worried: “American was immersed in a power struggle with Russia, the Middle-East was a bed of killer bees and fire ants, and the Iran Hostage Crisis was nearing the one year mark.” In the song, Prince declares that he will not be fighting in any wars:

Party, got to party down, baby Revolutionary rock and roll Goin' uptown, baby How you gonna make me kill somebody I don't even know? …

Only last year, following riots in Baltimore after the death of Freddie Gray, Prince wrote movingly of the deaths of Gray and Michael Brown in “Baltimore”:

Nobody got in nobody's way So I guess you could say it was a good day At least a little better than the day in Baltimore Does anybody hear us pray For Michael Brown or Freddie Gray? Peace is more than the absence of war

A sister killed her baby 'cause she couldn't afford to feed itAnd yet we're sending people to the moonIn September, my cousin tried reefer for the very first timeNow he's doing horse — it's June

In “Dreamer,” Prince evokes Dr. Martin Luther King, and expresses his frustration about the continuing racial inequality of the present day.

I was born and raised on the same plantation In the united states of the red, white and blue I never knew that I was different Till Dr. King was on the balcony Lying in a bloody pool …

21st century, oh what a shame, what a shame Race, race still matters A race to what, and where we going? We in the same boat, but I’m the only one rowing

In “Dear Mr. Man,” Prince questions those is authority:

What's wrong with the world 2day? Things just got 2 get better Show me what the leaders say Maybe we should write a letter …

Listen, Ain't no sense in voting — same song with a different name Might not b in the back of the bus but it sure feel just the same Ain't nothing fair about welfare Ain't no assistance in AIDS We ain't that affirmative about your actions until the people get paid

Ur thousand years r up Now U got 2 share the land Section 1 — the 14th amendment says "No state shall deprive any person of life, liberty, or property, without due process of law" Mr. Man, we want 2 end this letter with 3 words We tired a-y'all

Now's the time to find a rhyme That's got a reason and frees the mind From angry thoughts, the racist kind If we all wanna a change then come on get in line

There is no doubt that his music will remain a groundbreaking and revolutionary hallmark of this era, and hopefully these lyrics and the important messages they convey will continue to outlive him.