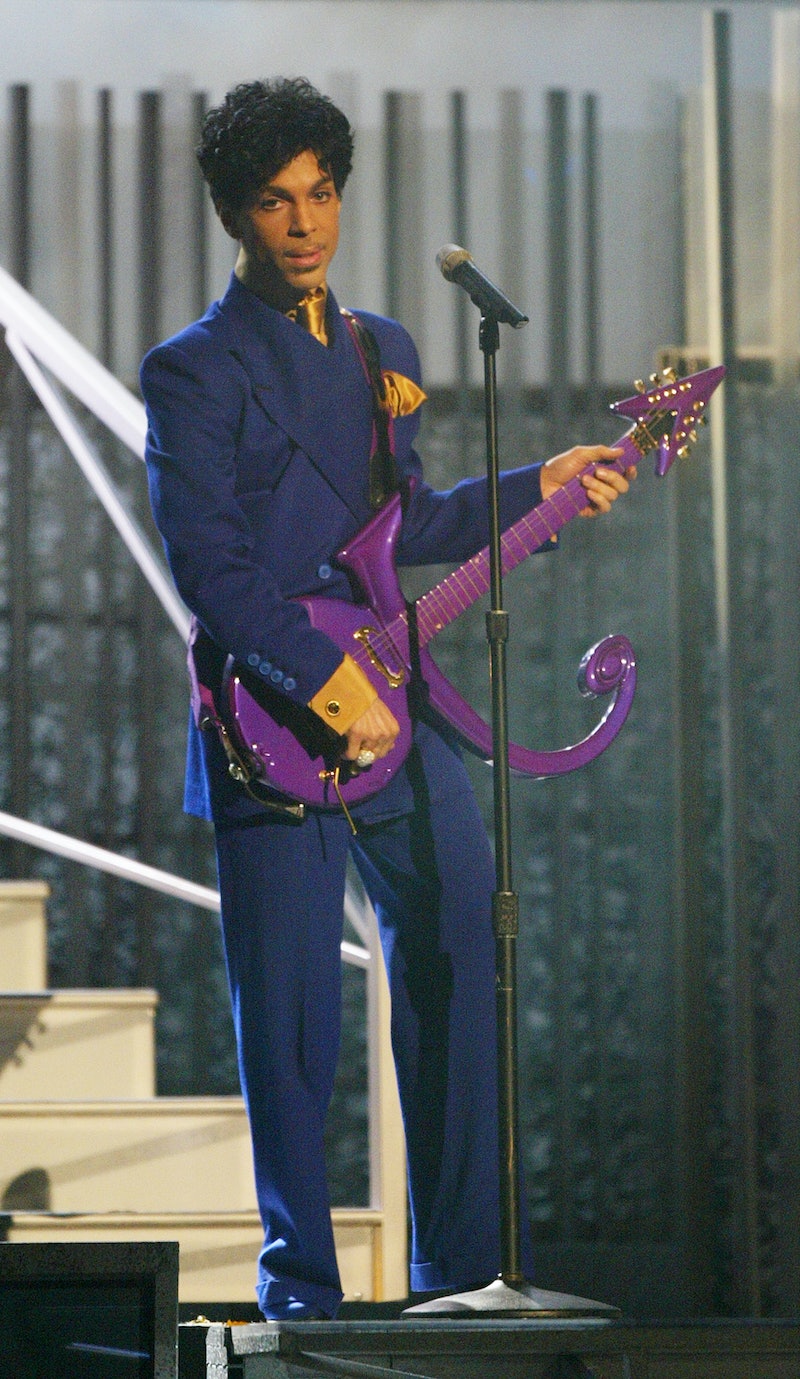 On Thursday, the music world was rocked with the devastating news that Prince died at age 57. The artist's rep confirmed the news to Bustle: "It is with profound sadness that I am confirming that the legendary, iconic performer, Prince Rogers Nelson, has died at his Paisley Park residence this morning at the age of 57." Bustle has reached out to the Carver County Sheriff's Office in Minnesota. As word spread, Prince's name began trending on Twitter, along with the hashtag #PurpleRain. Not only is Purple Rain one of the singer's most beloved albums, but it's also a song and a movie. Essentially, it's a movement that encompasses some of the legendary artist's best work.

Earlier: In 1984, Prince released his album Purple Rain , which served as the soundtrack to a movie of the same name released later that year. It featured his hit songs, like "When Doves Cry" and "Let's Go Crazy." Over the years, everyone from Entertainment Weekly to Rolling Stone has ranked the album among the best in the '80s. There's also a track on the album called "Purple Rain," which is easily one of the most remembered Prince songs. When the film came out, it marked the icon's acting debut and earned an Academy Award for Best Original Score.

Following the news of his death, it's no wonder that fans and celebrities alike are taking to social media to honor all aspects of Purple Rain . From the movie to the song to his entire album, Prince left behind a legacy and the overwhelming response to his death proves that. Here's a round-up of reactions, separated by category.

That last tweet includes lyrics from the Purple Rain song "Let's Go Crazy," which is a powerful quote to remember him by. As seen in the examples above, "Purple Rain" is much more than just a song, movie, or album — it's a true testament to Prince as an artist and the legacy he leaves behind.