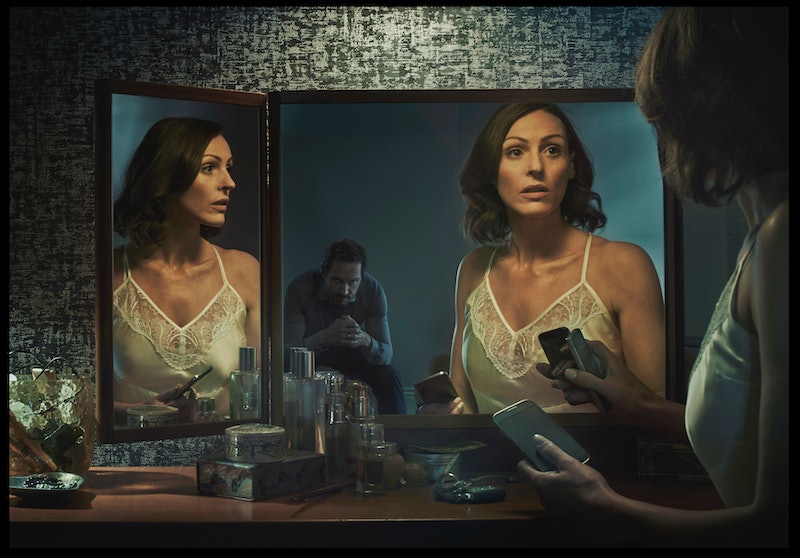 The BBC One series Doctor Foster premiered on Lifetime on April 10, letting American audiences enjoy this suspenseful mystery series. The first season had already finished airing in the UK by then, so we've known since November that Doctor Foster will return for Season 2, as reported by The Independent. But since the American debut of the series was so far behind the UK, there's still the question of when Doctor Foster Season 2 will premiere in the U.S.

Well, given that it reportedly hasn't even gone into production yet, there's a delay ahead. According to Digital Spy, filming of Season 2 "is expected to kick off in September - which means you probably shouldn't expect new episodes 'til early 2017," and that's for the UK. Since the first season didn't hit Lifetime until six months after its BBC One premiere, American fans likely won't get more Doctor Foster until late spring or summer 2017.

And while American audiences are just seeing the Season 1 finale on April 24, in the UK, fans have had a chance to consider what a second season would mean for the show. And according to The Independent, some have questioned why there's going to be a second season at all, as Doctor Foster seemingly wraps up its central mystery in the first season finale. But other series, many of them from the BBC, have gone back for seconds when it seemed impossible to follow-up on a debut season that wrapped up their central storylines by the finale. Needless to say, there are some spoilers for those other series ahead.

After the tragic finale of Season 1, when it's revealed that Ellie Miller's husband had molested and murdered her son's close friend, it seemed like the kind of jawdropping revelation that would make it impossible to return to Broadchurch. But while the second season isn't quite as strong as the first, there are still compelling mysteries to be found in the same small coastal town.

Using the mystery of who killed Scotty Lockhart as a framing device, the first season of The Affair took Noah and Alison from flirting in the pilot all the way to abandoning their marriages to run away together by the finale. It may have seemed final, but watching the couple fall right back into the same self-destructive patterns was a fascinating shift for the second season.

Like Broadchurch, this series finished its first season with the answer to a compelling mystery, then came up with another one in its sophomore season.

The second season hasn't premiered yet, so I can't say whether or not it will be anything like Season 1. But since Wayward Pines completely upended its entire world in the middle of the first season, whatever happens in Season 2, it will be in that post-reveal apocalyptic future universe.

Similarly to Wayward Pines, this second season hasn't happened yet. Still, even though Top of the Lake not only answered its central mystery, but also seemingly left its characters in a good place emotionally, it will be returning for further adventures. It's unclear if Elisabeth Moss' Det. Robin Griffin will be back in her hometown, or if the series will be switching focus. Either way, I trust director Jane Campion to deliver a satisfying followup.

While it initially seemed like FX's Fargo would be true to its miniseries label and make each season completely distinct, the second season actually took some of the characters from its debut and placed them back in time. The result was a perfect balance of new storytelling and the development characters already familiar from the first season.

As these shows prove, it's definitely possible to continue after a resolved central mystery and great first season. When Doctor Foster Season 2 finally makes its way stateside, viewers should be excited to see how the plot continues after the first season's resolution.