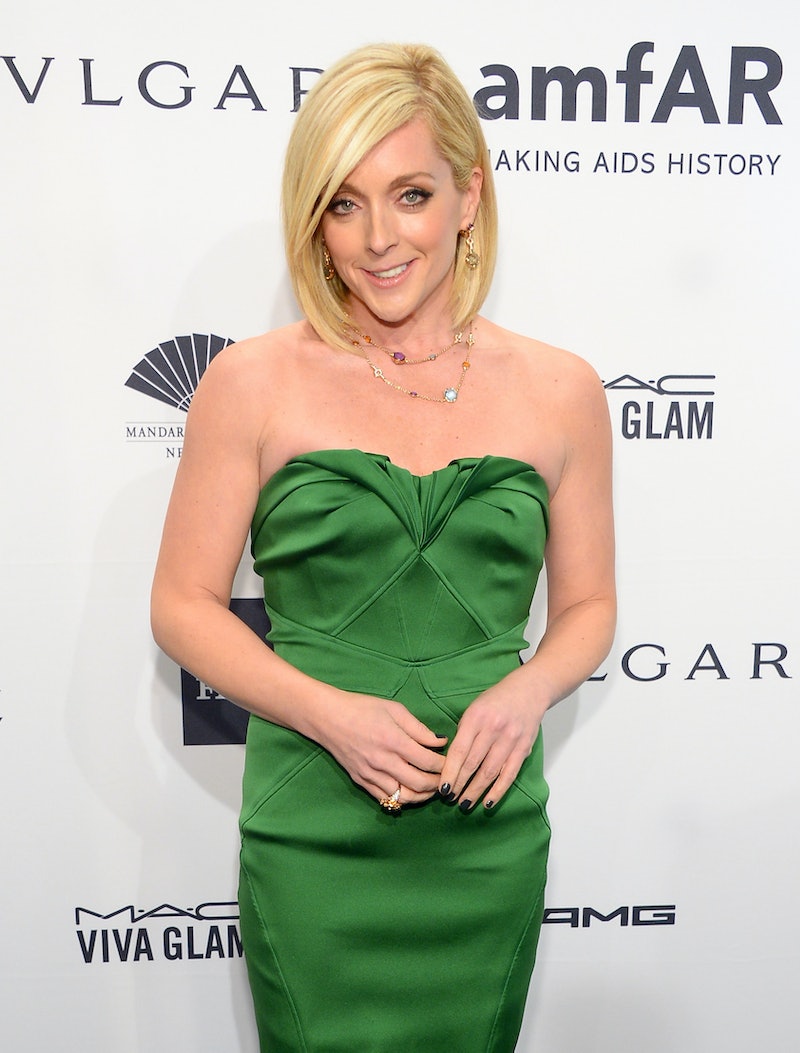 After a brief stint starring in confusing orange juice commercials, Jane Krakowski is headed back to prime-time TV. Well, if her show gets picked up she will. Jane Krakowski will star in Dead Boss which has been piloted for Fox. The show has not yet been ordered as a series, but the pilot will begin filming for the upcoming season. Dead Boss is less like Weekend at Bernie's than it sounds and is described as a "comedic mystery." Krakowski will play Helen Stephens, a woman who is wrongfully convicted of killing her boss and "forced to rely on her train wreck of a sister to prove her innocence."

Dead Boss is based on the BBC3 show of the same name which premiered in 2012 as a six episode series. It was created by actress/writer Sharon Horgan and stand-up comedian Holly Walsh. Horgan, who also played the lead character in the original, will serve as an executive producer for the American version.

News of Krakowski's return to television is undoubtedly exciting for any 30 Rock fans who have missed her since the show's finale just over a year ago. Just hearing about this news put "Muffin Top" in my head. We'll have to wait and see if Dead Boss gets picked up. A comedy about false imprisonment for murder doesn't exactly sound like a comedy, but if there's anyone who can bring some lightness to dry British humor, it's Jane Krakowski.