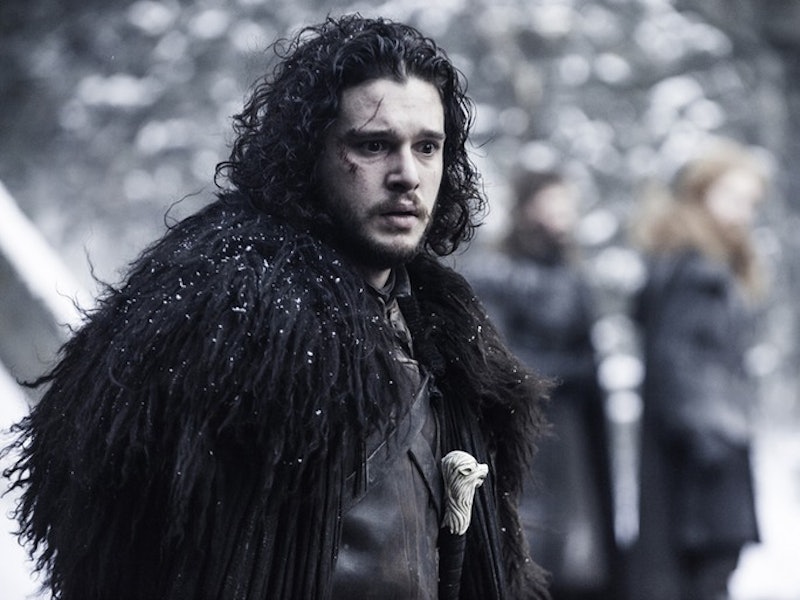 If you were hoping to find concrete answers regarding Jon Snow's Game of Thrones Season 6 fate, then Sunday night's premiere episode "The Red Woman" undoubtedly left you gravely disappointed. The key word there being "grave," because apparently that's still the direction our beloved Lord Commander of the Night's Watch seems to be headed. That's right, my friends — despite how much we wanted to see it, Jon Snow remained dead during the Game of Thrones Season 6 premiere and it feels like our collective heart is breaking all over again.

Of course, we shouldn't be all that surprised by this outcome. After all, it seemed unlikely that the writers would give viewers exactly what they want right off the bat. We've waited over 10 months to find out what became of our favorite bastard, but I guess the series wants us to wait a little bit more before delivering any definitive answers. Here's what we do know, though: Davos said "he's gone," and Melisandre (our one beacon of hope) did not disagree.

Are things looking a little bleak right now? Sure. Do I wish I had definitive proof of Jon Snow's return? Absolutely. But is it enough to make me forego all previous notions that he won't ever be resurrected? Heck no! Try as they might to dispute our theories, there's no way this show is carrying on without Kit Harington. It's just as simple as that. Now, if you'll excuse me, I have to go talk to my therapist about this letdown. And by "my therapist," I, of course, mean a pint of ice cream.