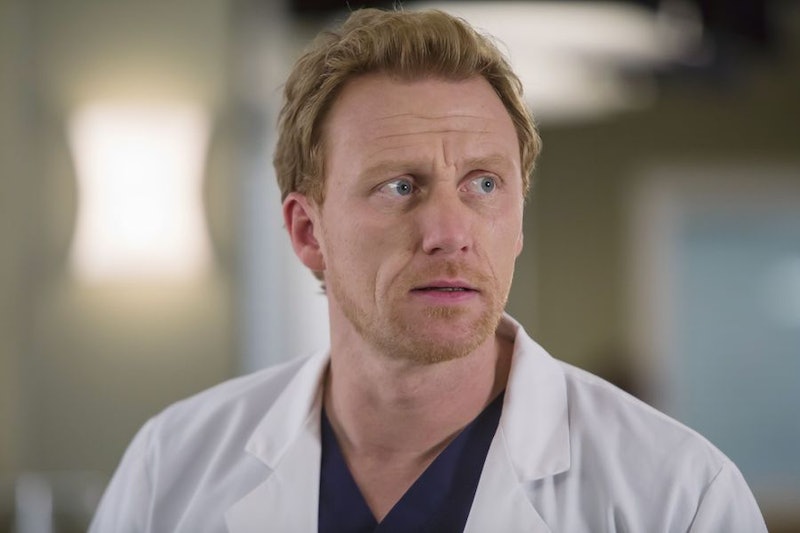 Another week of Grey’s Anatomy, another week in the saga of Owen Hunt and Nathan Riggs. Does anyone care anymore? Someone out there? Anyone? Anyway, viewers have learned in Season 12 that Owen and Nathan have a history, and that history is that Nathan was once married to Owen’s sister, Megan. Owen literally punched Nathan in the face because he blamed Nathan for his sister’s disappearance, but it turns out that the person that Owen holds responsible for his sister’s fate on Grey’s Anatomy is himself.

This week’s “case-of-the-week” was that of a young boy who accidentally shot his friend with a found handgun. Gun control issues aside, a lot of this episode was about dealing with the guilt you have when you make a serious mistake. Amelia, who has been around the block enough times to know a mistake, gently sat down with the uninjured boy and told him that he had to always remember that he did not mean to shoot his friend and that it wasn’t his fault. This triggered some sort of confessional in Owen, who told Amelia that Nathan had cheated on Megan, and Owen encouraged his sister to do whatever she had to do to get away from him. That meant getting in a helicopter that eventually crashed in the jungle. Amelia tried to make Owen feel better and absolve his guilt, but it’s a long road Owen’s been on with this struggle.

Should Owen feel like he killed his sister because she got in that helicopter? Absolutely not. If anything, Nathan should feel badly that he drove her away with his cheating. Megan’s disappearance was truly an accident, and that’s the mantra that both Riggs and Hunt have to keep repeating to themselves if they’re going to make it through the rest of their adult lives. Both men need to strive to do better now, while they still can.

More like this
We Finally Know When 'Grey’s Anatomy' Is Coming Back
By Brad Witter
Julie Andrews Revealed A Surprising Behind-The-Scenes 'Bridgerton' Detail
By Grace Wehniainen
'Succession' Season 4 Could Be The Show’s Last
By Kadin Burnett and Gabrielle Bondi
At 14, Kate Berlant Had A Wheelie Backpack & One Line In 'Lizzie McGuire'
By Samantha Rollins
Get Even More From Bustle — Sign Up For The Newsletter