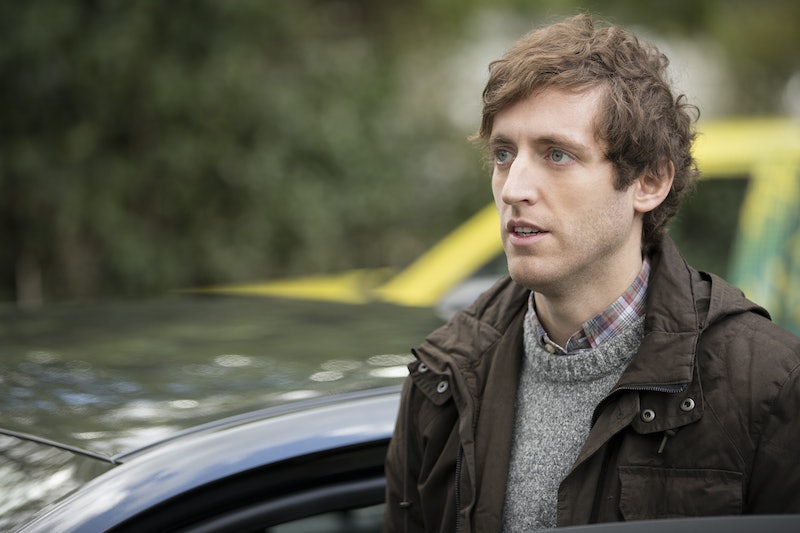 The business world of HBO's Silicon Valley is a tough place. The series shows lots of wrangling over equity and shares, power, and money, which can trump things like talent, vision, and passion, much to some characters' frustration. Silicon Valley returned for Season 3 on April 24, picking up where Season 2 left off: Richard Hendricks (Thomas Middleditch) was pushed out as head of Pied Piper, the company he created. But was it a real coup, or just something to make a Season 2 cliffhanger? Will Richard become CEO of Pied Piper again this season?

Mild spoilers ahead for the Season 3 premiere. The season begins pretty much immediately after where Season 2 ended, which means that Richard is not CEO. The premiere is mostly concerned with laying out Richard's options: He can play ball and be the Chief Technology Officer (CTO) of Pied Piper, essentially taking a demotion at his own company; he can sue and fight to get control of his company back; or he can become CTO of another tech company, which means he still wouldn't be CEO of anything, but it'd be a lot less personally embarrassing for him.

It's an interesting episode, because, just as Richard is wrestling with a hard decision, it's just as difficult for me as a viewer to figure out what I want him to choose. My first instinct of course is to tell Richard to fight; Pied Piper is his company, and I spent two seasons cheering him on as he built it from the ground up. I don't want to see it taken away from him. On the other hand, is Richard really cut out to be CEO of a company? He's not exactly, you know, good at running it. Being CTO means he'd be able to focus on what he's good at, the coding, and leave all of the other stuff to someone who has more experience actually navigating the waters of the VC world.

I'm not the only one wrestling how to feel. Dinesh (Kumail Nanjiani) and Gilfoyle (Martin Starr) also have a big choice ahead of them. If Richard bails on Pied Piper, are they obligated to go with him? After all, they helped build the company, too. It's a big ask of Richard to have them walk just when the company is about to start making money. Again: It's a tough call for the audience, too. I'm so on Richard's side that I want them to walk with him... but I have to admit I see their point.

Of course, these questions don't get answered in the Season 3 premiere. Who knows if they'll even be answered by the season finale. It seems that Richard is always on the cusp of having Pied Piper ripped away from him. But the real question is: Should we want Richard to become CEO of Pied Piper again?