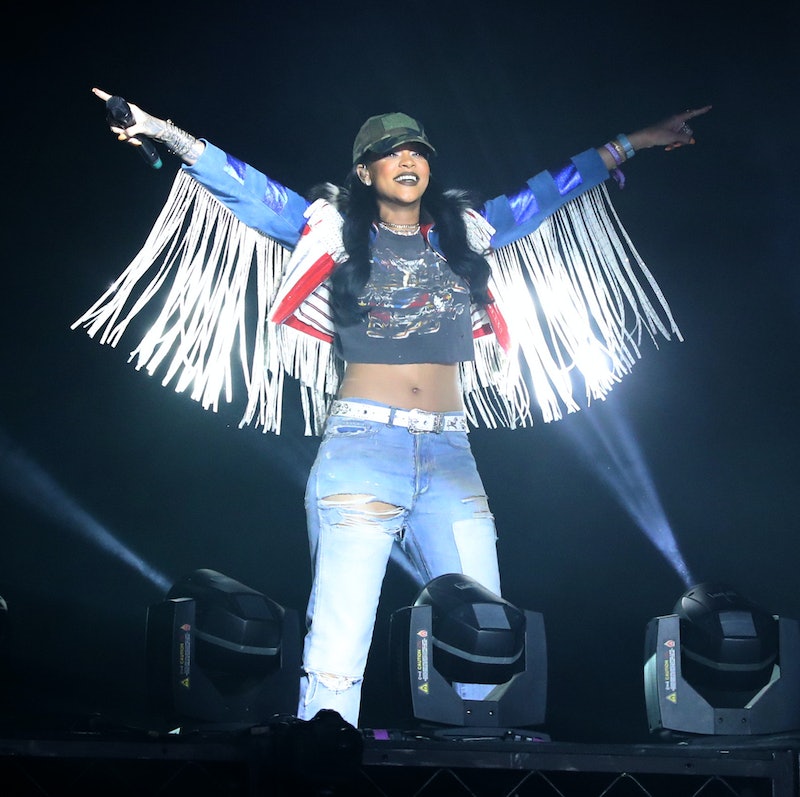 It seems Kylie Jenner isn't the only celeb that knows how to break the internet. Rihanna's Fenty Puma Fur Slides crashed Puma's website on Friday after just a mere minutes of being available to shop online. It seems RiRi's latest design has reached true unicorn status, right alongside Kanye West's Adidas Yeezy Boosts and Kylie Jenner's Lip Kits, making it nearly impossible to get your hands on. Perhaps it is the extreme exclusivity that makes the item so alluring to people? After all, you always wan't what you can't have.

The fur slides are the latest style in Rihanna's Fenty x Puma footwear collection, which seems to be a wild success, following the mega-popular Creepers and the sporty trainers. The third installment of the singer's shoe line aligns itself perfectly with the athleisure trend, which seems to just keep growing in popularity. With major support from high-profile celebs, like Zendaya, Kylie Jenner, and Sofia Richie, it's no wonder the site crashed upon the slides going live.

The slippers were set to hit Puma's website at 10:00 a.m. EST on April 22nd, and RiRi fans were not pleased with the glitch, taking to Twitter on Friday to express their frustration about the site crash. According to one fan, the website crashed just two minutes after the slides were released. Yes, you read that correctly. Two. Freaking. Minutes.

I feel your pain, girl.

Was anyone able to snag a pair?!

After minor technical difficulties, Puma.com seems to be back up and running. However, the slides appear to be mostly sold out (sadly). Fingers crossed for a restock soon!