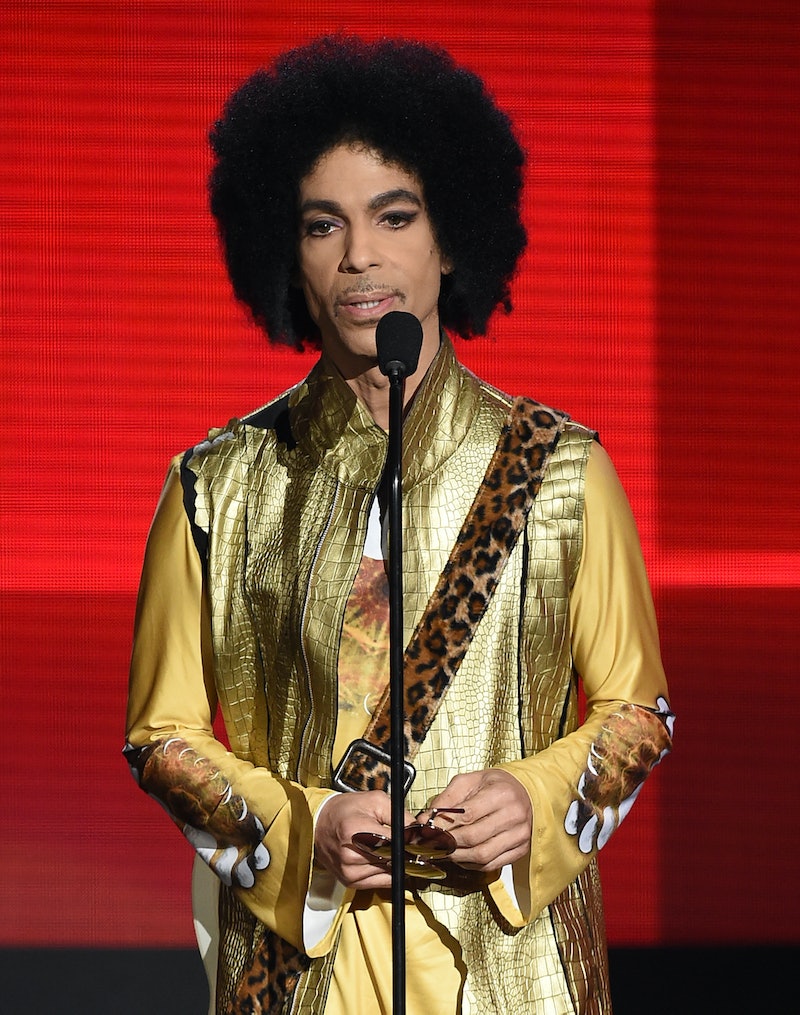 While the world remains in shock from Thursday's heartbreaking news that legendary musician Prince was found dead in his Paisley Park Studios complex in Minnesota, there's been instant speculation regarding the future of the iconic recording studio which was also Prince's home. Immediately following the devastating news, it was being reported that Prince fans were already flocking to Paisley Park to pay their respects to the 57-year-old iconic artist which makes me wonder — will Paisley Park be turned into a Graceland style memorial site?

Update: On April 27, 2016, it was announced that Paisley Park would become a museum, Graceland Park-style. The news was confirmed by Prince's brother-in-law, Maurice Phillips, who said, "We will turn Paisley Park into a museum in Prince’s memory. It would be for the fans. He was all about the fans — this would remember his music, which is his legacy."

Earlier: Due to the notoriety of both buildings and the iconic cultural figures who inhabited them, it's easy to form parallels between the two. However, these were similarities which Prince himself was quick to rectify, telling Time Magazine in 1990 that he didn't want his guests to "feel like they've walked into Graceland" and designed Paisley Park in mind of that. While Graceland was homely and stacked with iconography and memorabilia, Paisley Park has remained a structure with a deliberately uninviting, angular exterior which allegedly betrays the treasure trove of delights to be found inside.

Still, fans have already made Paisley Park their memorial site of choice in the same way that Elvis fans continue to congregate at Graceland on the anniversary of his death, and, if online fan forums are of any indication, then Prince fans are eager for access to Paisley Park in order to pay their respects. One fan even mentioned, "If it ever opened up, Graceland style, then I'd save my pennies up to visit."

You can hardly blame them for wanting the same access to the space of their hero as Elvis fans have had since his death, but it also seems very out of tone with what Prince may have ever wanted. Despite his flashy, rock star exterior, Prince could also be a notoriously private individual, who fought for the right to control and own everything he made. It would seem a little out of character that Prince would have ever approved of Paisley Park being turned into the sort of high-level tourist museum that Graceland has become.

A more appropriate way to memorialize Prince in a manner that he would be proud would be to turn Paisley Park into a center for music and to celebrate the genius of a man whose songs are truly immortal in the hearts of everyone who loved him by continuing to create, to perform, to innovate and to let the music speak for itself.