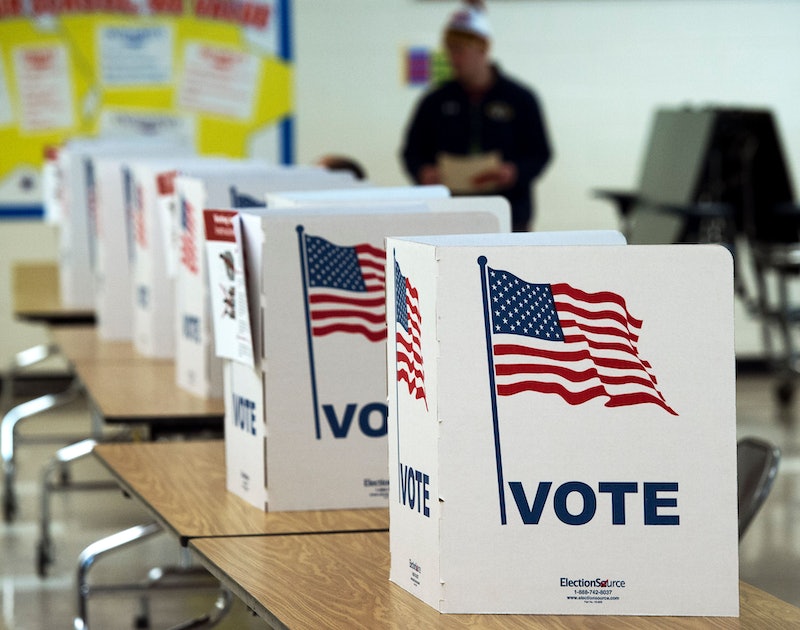 On Tuesday, Rhode Island voters will take to the polls to decide which Democratic and Republican presidential hopefuls they want to see on the general election ballot in November. As both parties endure a tight race to elect a nominee, every delegate is vital in deciding who's ultimately on the two tickets, which is why the Rhode Island primary is so important. The New England state only has 19 GOP and 33 Democratic delegates up for grabs, but they'll matter in the end.

With little more than 1 million residents, the Ocean State isn't used to getting much attention during presidential primary elections. This year, though, the candidates established headquarters, doled out money for ads, and spent considerably more time in the state. Former President Bill Clinton even campaigned for his wife in Warwick last week, addressing a crowd of more than 600 at the Community College of Rhode Island. None of these grand gestures would be necessary in a race with a clear winner, but candidates on both sides of the aisle are scrambling to accrue as many delegates in each state as they can before the party conventions this summer. Suddenly, Rhode Island finds itself back on the presidential primary map.

In order to minimize costs in an election that usually has low voter turnout, the state will only open about one third of its polling locations, which it's done in the past. So, if you're a Rhode Island voter, you might want to make sure your usual polling place will be open Tuesday. This will also be the first presidential primary operating around the Ocean State's new voter ID law, requiring those wishing to cast a ballot to show a valid form of photo ID. The combination of these two factors could cause problems on Tuesday, though election officials told The Boston Globe they don't foresee any issues.

Both parties in Rhode Island utilize a proportional system, meaning delegates will be allocated based on what percentage of the vote candidates receive Tuesday. The state has a very similar demographic makeup to Massachusetts, where Hillary Clinton and Donald Trump won in March, and the two also led Rhode Island in a February Brown University poll. Trump needs at least 1,237 to clinch the Republican nomination, a number that's becoming increasingly more difficult for him to obtain. Clinton, on the other hand, has to rack up 2,383, and Sanders' winning streak at the end of March raised questions about her ability to do so.

Connecticut, Delaware, Maryland, and Pennsylvania will also vote Tuesday, making the day yet another 2016 Super Tuesday.