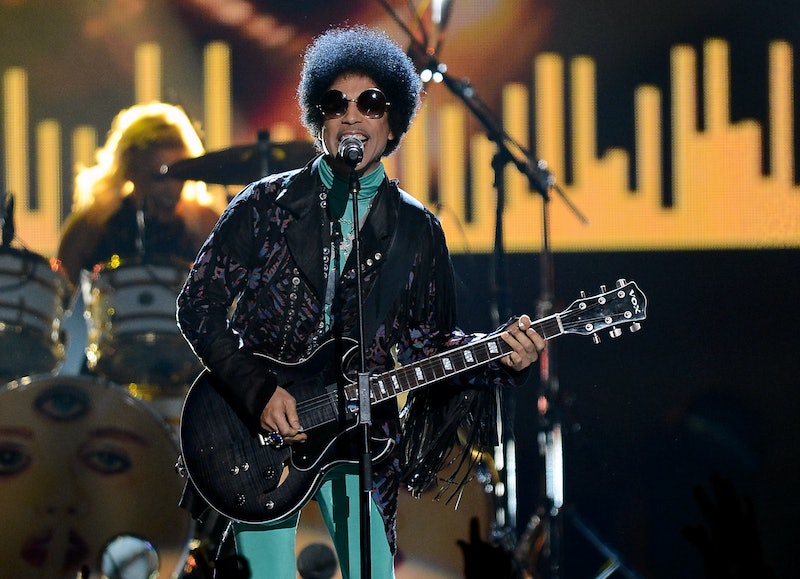 When the world lost Prince on April 21, it didn't just lose an amazing singer, it lost one of the most important guitarists of this generation. Listen to any one of Prince's guitar solos, and you will hear a man who could make a guitar speak. His mastery of the instrument is often overlooked, though, because he was such a larger than life figure. He was gifted in so many areas and he cultivated a trademark style that could easily overshadow any one specific talent. To overlook what the man could do with a guitar in his hands would be a travesty, though.

Right from the start of Prince's career, his guitar solos stood out. In 1979, he showed off his talent with the guitar on "I Wanna Be Your Lover" from his second album, titled simply "Prince." From that point on, his mastery of the guitar only became more awe-inspiring. Below, I have gathered some of Prince's best guitar solos of all-time. Of course, the list is partially incomplete because Prince put a lot of effort into keeping his music off most free streaming sites (to date, it's only on the subscription site TIDAL) so, as a result, some of his best music can only be purchased — but honestly, you need all the Prince music in your life, so it is all well worth the purchase.

So, while this list may not be comprehensive, it will blow your mind. Here are 11 of Prince's best guitar solos ever.

1. "While My Guitar Gently Weeps"

When it comes time for Prince to do his solo, it is easy to forget he is sharing the stage with the likes of Tom Petty and Jeff Lynne. His fingers dance across the guitar drawing out notes you never imagined. At one point he leans backwards off the stage, but he never stops playing. It truly is one of his greatest performances.

"Purple Rain" is already loaded with emotion. It is one of Prince's signature songs, and its beauty is undeniable. A huge part of what makes the song so haunting is the guitar solo in the middle. Guitar solos tend to conjure up thoughts of hard rock, but in "Purple Rain" Prince's solo is intense, layered, and perfectly crafted to make your heart ache. It's the only guitar solo I can think of that can bring a tear to my eye.

Prince's 2007 Super Bowl halftime show was an exercise in pure, manic rock and roll energy. Each song flowed into the next without a pause, but it was Prince's opening number "Let's Go Crazy" that contains one of most badass guitar solos ever. It is fierce, fun, and as fabulous as Prince himself.

Even though he was playing backup to Lenny Kravitz, Prince stands out in this live performance. He supports Kravitz with a killer guitar riff that would have sounded over the top in lesser hands.

No offense to Radiohead, but Prince's version of their classic "Creep" is full of eerie, haunting guitar solos that just won't leave your head. Every single chord is a masterpiece that reinvents the song entirely.

Prince's guitar work in "I Wanna Be Your Lover" is more subdued, but no less groundbreaking. He creates a jazzy, synth sound with his solo that gives the romantic song an out of this world quality perfect for the era.

The guitar solo that opens "When Doves Cry" is the sexiest guitar solo of all-time. I will stand by that statement forever. It's raw, flashy, and strong. It's the perfect intro for a song that packs such a lyrical punch.

No one has ever made a guitar wail like Prince did. Just put your headphones on and crank up the sound to bask in the rock goodness.

When Stevie Wonder tells Prince has a solo coming up, just watch the little smile that appears on Prince's lips. This is Prince having fun. His performance is confident, creative, and makes you want to get to your feet to dance.

Prince's guitar riff in "Cream" is relatively short compared to some of his other solos, but it is a down and dirty bit of guitar magic that should not be missed.

In 1982, Prince weaved multiple solo riffs into his live performance of "Controversy," and each one is different from the last. At every stage of his career, Prince was proving he was the king of the guitar.

There are already so many reasons to remember Prince, but the world would be remiss to leave his amazing guitar solos off the list.