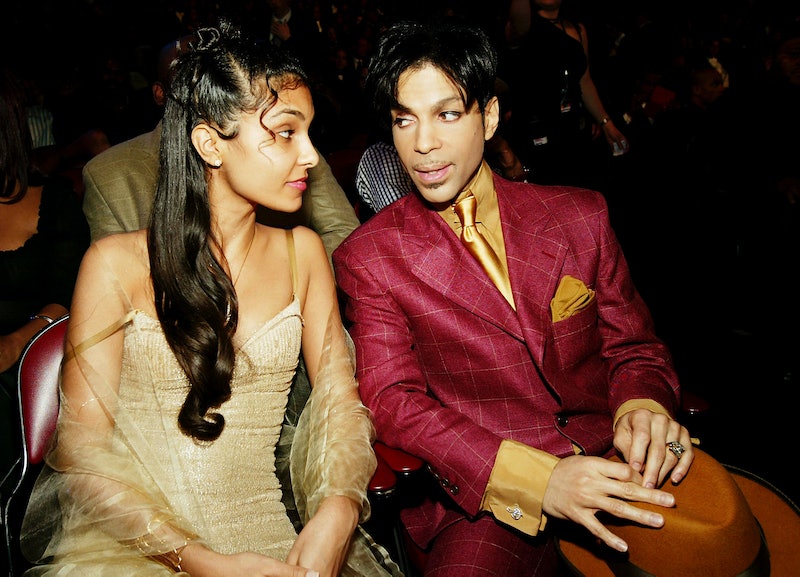 The world is still finding new ways to grieve after Thursday's heart-wrenching announcement that Prince has passed away at the age of 57. Most of us have resigned to donning our only purple garment or blasting "When Doves Cry" on repeat while sobbing in the bathtub. It's fair to say, though, that someone has us beat: his ex-wife Manuela Testolini said she was dedicating a school in Prince's memory, which is definitely an intense way to to mourn the royal.

Testolini runs the In A Perfect World Foundation, an organization that provides educational services and mentorship to underprivileged children, and, you guessed it, builds schools. Fittingly, she actually met Prince while working for his charitable foundation, Love 4 One Another. After their 2001 wedding, the pair lived together in Toronto, Testolini's hometown, while Prince recorded Musicology.

Unfortunately, their union wasn't meant to last. Eventually Testolini filed for divorce after five years of marriage, a decision which Prince wanted to resolve as amicably as possible. And, although Testolini has since remarried to singer Eric Benet, it's evident that there wasn't bad blood between her and her ex all these years later. In fact, Testolini seemingly held a reverence towards his Purpleness. In a statement to Hollywood Reporter, Testolini talked of how while "the world knew him as a musical genius — I knew him as a husband, friend and fierce philanthropist."

And just like Prince inspires his listeners to challenge gender norms, to embrace strangeness, so too he inspired his former lover:

Philanthropy brought us together and it was Prince who encouraged me to start my own charity over 10 years ago. I just reached out to him a few days ago to let him know that I was building a school in his honor. My heart aches that the school will now be built in his memory.

We're all very sad that the school will be in memoriam of the musician and his great legacy, but nobody can argue that it would be a fitting tribute. Though he had a reputation for being an innovator and overall strange force of nature, Prince was also an activist through and through, and he dedicated his life to many philanthropic efforts across the board. This honors that lesser-known side to him, and considering that philanthropy was the crux of how the couple met, it definitely honors the time they spent together and loved they shares. I hold sincerest wishes that this school will have many teachings on the gospel according to Prince, encouraging artistic expression to the next generation.