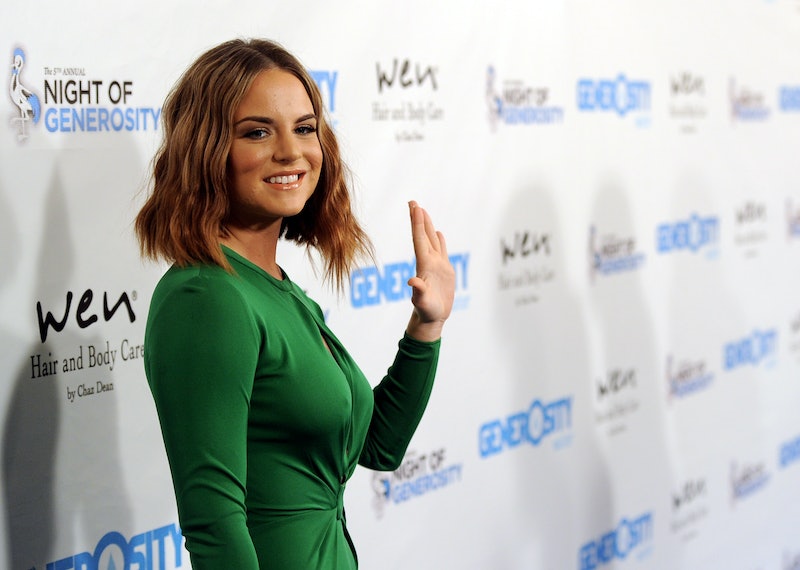 Correct me if I'm wrong here, but when I think JoJo, I think "Leave (Get Out)" and that time she was on Teen Cribs and her house was totally normal, so when I heard today that she had new music out and that it was good, I was pretty shocked. JoJo released a four-track EP called #LoveJo today and it is available for streaming online. If you can get over the fact that it's titled using a hashtag and over your preconceptions about JoJo, it's actually pretty good.

#LoveJo, which is all covers, starts with a short intro track that has poetic voice-over narration from JoJo followed by a cover of Anita Baker's "Caught Up in the Rapture." It's strange to hear R&B from a girl who I assumed was an auto-tuned one-hit wonder for the past ten years, but things change. Speaking of, the reason we haven't heard from JoJo for so long is because she was trapped in a contract for seven years by her former record label, Blackground Records. JoJo is now with Atlantic Records and #LoveJo is her first release since signing.

JoJo's third track is a cover of Phil Collins' "Take Me Home" on which she sounds quite a bit like Lady Gaga especially with the electronic beat and some modifications to her vocals. JoJo's last song is the spiritual "Oh Glory" which really puts JoJo's voice on full display. Without any modulations and with simple piano accompaniment, you can tell that JoJo really does have a strong voice and a very wide range.

Overall, a great job from JoJo. She sure surprised me today. Check out #LoveJo for yourself below if you're still doubtful.