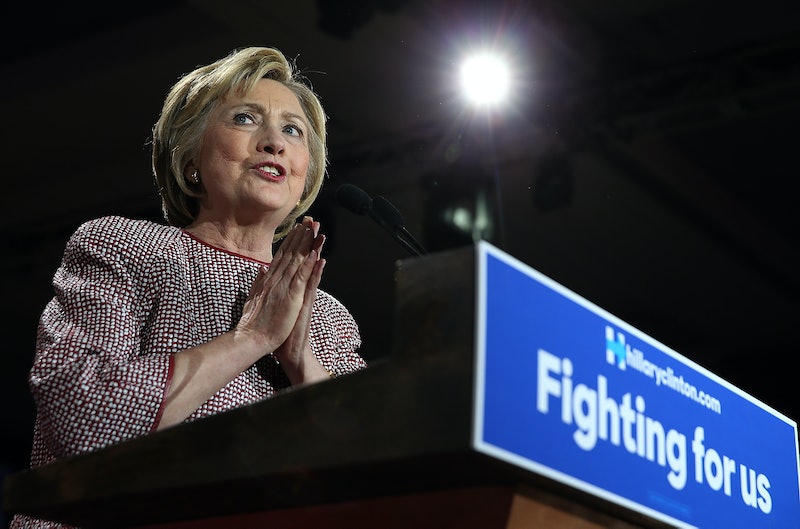 Primary season is entering its final stretch, and some of the last states to hold primaries or caucuses will do so on Tuesday. One is Delaware, the second-smallest state in the country and home of Vice President Joe Biden. Is Delaware's primary important?

Not really, no. Admittedly, it feels a bit rude to just write off an entire state willy-nilly, but the fact is that presidential nominations are determined by delegates, and Delaware just doesn't have very many of them up for grabs. In the Democratic primary, Delaware is worth 31 delegates, and in the GOP, it's worth just 16, making it one of the tiniest delegate hauls in the country.

Given the current state of the Democratic race, 31 delegates is simply too small to make any difference one way or the other. Hillary Clinton is comfortably on track to become the Democratic nominee, and that will be the case regardless of what happens in Delaware. Even if Bernie Sanders cleans her clock and wins every single delegate in the state, pledged and super, Clinton would still be leading him by a very comfortable 300-delegate margin. And if she wins the state, it won't add significantly to her lead. For all intents and purposes, the Democrats can disregard Delaware's delegates.

It is conceivable that the state could matter in the Republican race. Donald Trump is on track to either win the nomination by the skin of his teeth or lose it by a hair, and given this closeness, Delaware could potentially play an important role in determining the nominee. But this is true about every state that hasn't voted yet. It would be misleading to suggest that Delaware is in any way an especially important state in the GOP.

Delaware is usually irrelevant in presidential primaries, and that's not just because it's small. It also votes very late in the process, and usually, the nomination is already decided by the time it does. This, in conjunction with its size, makes it very hard for the state to play an important or influential role in the nominating process, simply because the majority of delegates will have already been awarded by the time it votes.

That said, this distinction is a bit illusory, because the importance bestowed upon early-voting states is often highly disproportionate to their mathematical influence on the nomination. New Hampshire, for example, gets far more media attention than Delaware, but that's only because it's the second state to vote. In actuality, it's only worth one more delegate than Delaware.

Candidates certainly have an obligation to campaign in every state, as they must prove to voters that they care about all of America, not just some of it. But when the nominees are finally decided upon at the conventions this summer, we're probably not going to be talking about how the Delaware primary fundamentally changed the race.