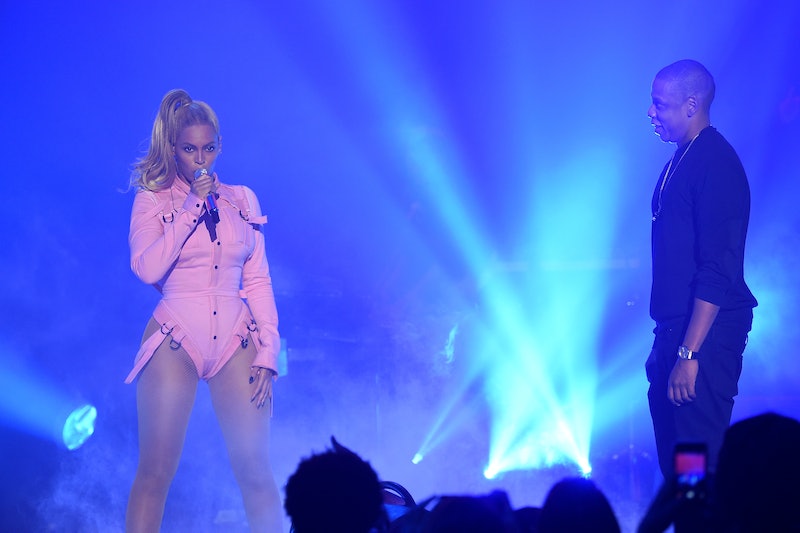 It's Bey's way, all the way. When Beyoncé announced her Lemonade event, it set off a storm of chatter, curiosity, and conspiracy theories about what, exactly, the singer/actor/Ivy Park designer/mogul would be promoting. Would it be a documentary? An album? A concept comprised of music videos of songs from a new album? Any of those ideas were a possibility and turned out to be a reality now that all is said and done. Lemonade is Beyoncé's new visual album.

Update: For those who don't have Tidal, Beyonce's Lemonade was made available for purchase on iTunes on Monday, April 25 in both its Explicit and Clean forms. The download includes the entire Lemonade special, though not the individual music videos, which fans will have to watch the special in order to see.

Earlier Update: According to SPIN, Lemonade will only be available via Tidal, and no other service, ever. Those wishing to download the album can use Tidal's Offline Mode feature, which will allow users to listen to the album offline on mobile and tablet devices.

Earlier: As any Beyhive member worth their salt (or honey) knows, Beyoncé dropped her self-titled album in 2013 with no pre-promotion and no advance hype and the risky power move was rewarded with instant sales. Since Lemonade is out now exclusively via Tidal, you are probably wondering when you can purchase it on iTunes, right?

Well, we're not exactly sure of the album's iTunes availability, since it's not up for sale on that particular service as of press time. It's worth noting that Bey's husband Jay Z, who may or may not be the source of Beyoncé's ire and what can only be interpreted as cheating allegations, is the driving force behind the Tidal service.

So of course Bey kept things all in the digital family, as that's the only place that you can hear the album right now. We don't know how long Lemonade will be available exclusively via Tidal or when it will be opened up to other services, like iTunes, if at all, but it's likely safe to assume that it's possible.

Rihanna's ANTI and Kanye West's The Life Of Pablo were both Tidal exclusives for a while, but eventually appeared for purchase and download via iTunes. ANTI was available within days; TLOP took two months to appear on iTunes.

You're going to have to stay tuned, or finally grab that Tidal subscription.

More like this
The Beyhive Is Defending Their Queen After A Reported ‘Renaissance’ Leak
By Grace Wehniainen
Christina Perri Reacts To Her 'Twilight' Song Being One Of YouTube's Most-Viewed Ever
By Radhika Menon
Beyoncé Is The First Woman To Have A No. 1 Album Since Adele Did Almost A Year Ago
By Radhika Menon
Britney Spears Is About To Make Her Music Comeback With Elton John
By Jake Viswanath
Get Even More From Bustle — Sign Up For The Newsletter