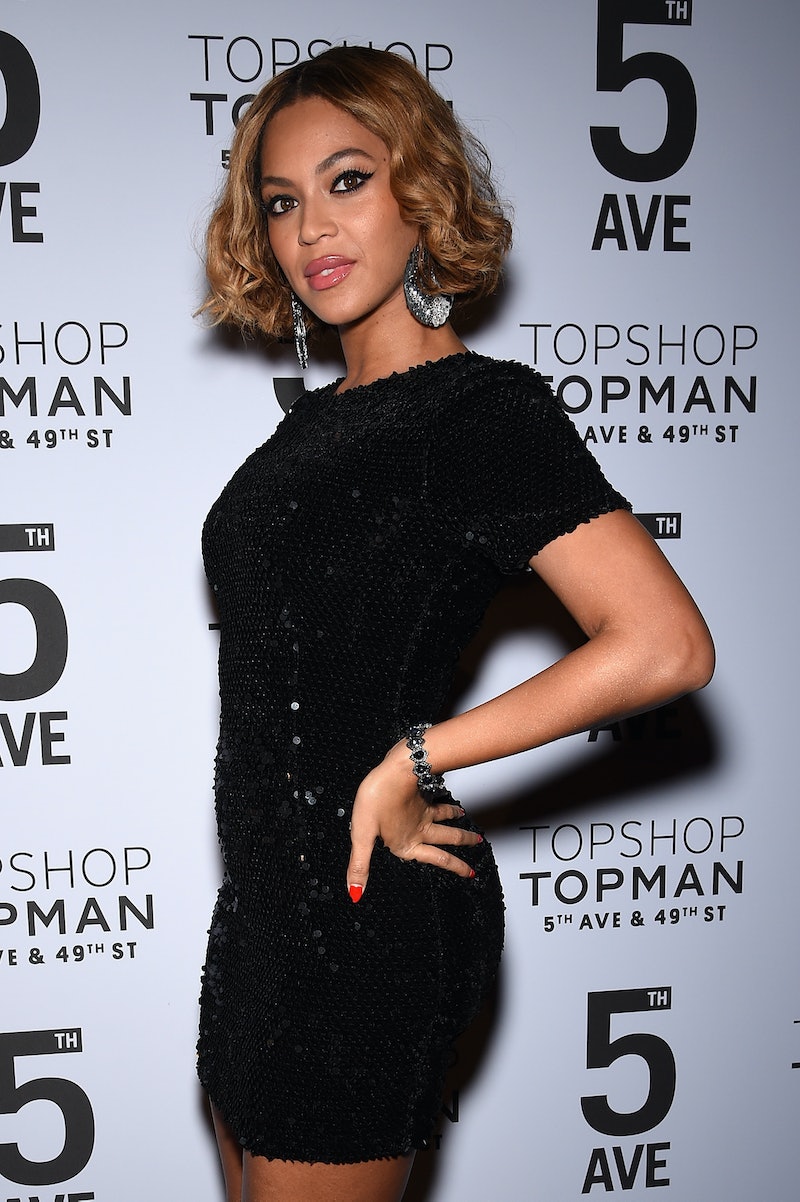 Beyoncé debuted her super mysterious Lemonade TV special on Saturday, and while the hour-long special featured music, dance, and much more, there was one aspect of it that resonated with Beyoncé's fans in a big way. Beyoncé's Lemonade featured home video clips from the singer's childhood, and the fan response to the images was intense. While it's not 100 percent clear who is featured in each clip, one scene in particular referenced her grandparents, featuring an older man talking to a younger girl. Many assumed this is Beyonce and her father discussing her grandparents. Odds are that as the Internet speculates about Lemonade, the songs in the TV visual album/TV special, and their lyrics, more information will become clear.

Until information is confirmed (by either Beyoncé or fans who do a significant amount of research on the subject), it's tough to say for sure who the videos feature definitively, or to figure out what exactly it all means. The videos did definitely include scenes from Beyoncé and Jay Z's wedding, though, which may dispel those rumors that Lemonade is about a divorce, cheating scandal, or any combination of the two. By the end of the film, Beyonce and Jay Z appeared to be close — as evidenced by the romantic home video footage. The rest of the videos are still a little less definitive, but what else is Twitter here for than to let everyone speculate, right?