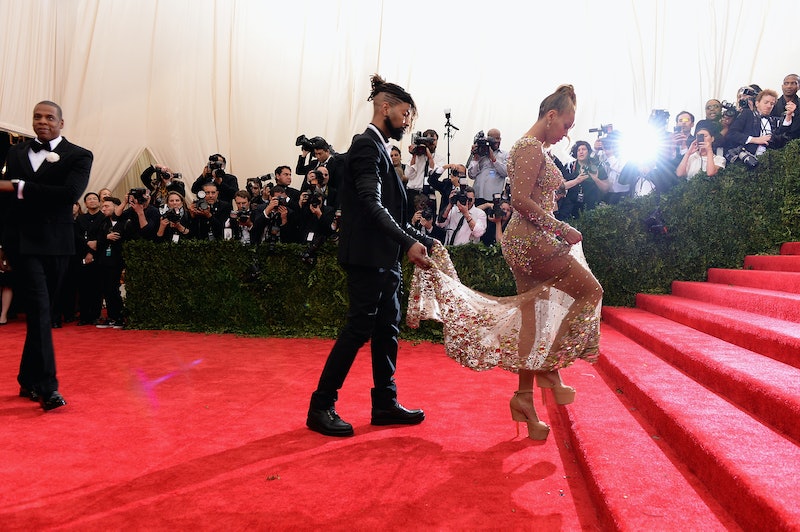 The long-awaited and much talked about Lemonade from Beyoncé, a visual album, has been released and is taking the world by storm. The album features 13 tracks about love, family, marriage, and racial injustice. The album hops through themes, genres, and tone in a way that makes it Beyoncé's most complex release yet, and while many fans are still examining the lyrics to determine Beyoncé's intention behind the release, one question still stands above all others – why is the album called Lemonade ?

While the album itself doesn't feature any explicit references to the tasty summer beverage, the accompanying visual album gives some hints as to Beyoncé's intention. Between songs, Beyoncé includes a number of poetic interludes that help solidify the themes of the album.

One such poem, occurring between the songs "Freedom" and "All Night" utilizes a lemonade recipe carried down throughout generations as a metaphor for the healing power that love and family can have.

The full text of the poem reads:

Take one pint of wateradd half pound of sugarthe juice of 8 lemonsthe zest of half lemonpour the water from one jug then into the other several timesstrain through a clean napkingrandmother the alchemistyou spun gold out of this hard lifeconjured beauty from the things left behindfound healing where it did not livediscovered the antidote in your own kitchenbroke a curse with your own two handsyou passed these instructions down to your daughterwho then passed it down to her daughtermy grandma said nothing real can be threatenedtrue love brought salvation back into mewith every tear came redemptionand my torturer became my remedy.

Lemonade, as a drink, does not appear throughout the lyrics of the album. However, the metaphor of the Lemonade — the power of family and the process of healing — can be found in nearly every song on the album. Lemonade is now streaming in its entirety on Tidal.