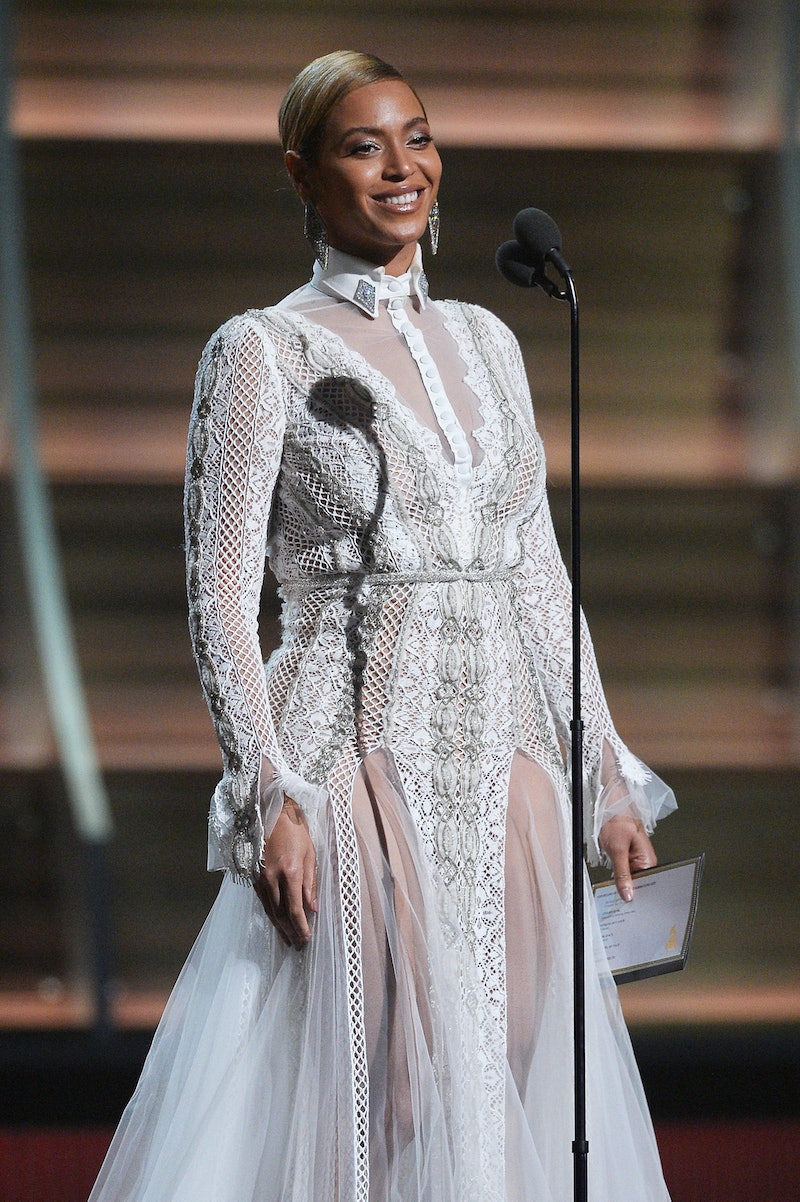 If the cultural swallowing up of Nigerian writer Chimamanda Ngozi Adichie following Beyoncé's use of her words in her self-titled 2013 album is any indication, you're about to hear the name Warsan Shire featured a lot more prominently. But the Kenya-born, UK-raised poet, whose parents are both of Somali ancestry, began making a name for herself long before she ever got a prominent shout out from Beyoncé in Lemonade. So if you don't know her already, it's time to get to know who Warsan Shire is and why she was featured in Lemonade.

For one, Shire is an incredibly accomplished artist. In 2013, after winning the UK's Brunel University inaugural prize for African Poetry, she became London's first Young Poet Laureate, and the following year she was named Queensland, Australia's poet in residence. While she has not yet published a full length work, in 2011 and 2015, respectively, she released two pamphlets, Teaching My Mother How To Give Birth and Her Blue Body. Oh, and perhaps most impressive of all? She's still in her 20s.

In addition to her work as the poetry editor for SPOOK Magazine, whose website says it's "a space for alternative voices, emerging narratives and noted storytellers," Shire is also a sometime poetry teacher and infrequent tweeter, quoting Margaret Atwood alongside Pusha T with equal bravado when she uses her account. As a 2015 profile written about Shire in The New Yorker noted, "It’s a rare poet who can write movingly about African migration to Europe and also tweet humorously about the VH1 reality show Love & Hip-Hop: Atlanta."

According to the same New Yorker profile, Shire "has always felt like an outsider, and embodies the kind of shape-shifting, culture-juggling spirit lurking in most people who can’t trace their ancestors to their country’s founding fathers, or whose ancestors look nothing like those fathers. In that limbo, Shire conjures up a new language for belonging and displacement." So with that in mind, her appearance in Lemonade — Beyonce used quotes from the poet's book Teaching My Mother How To Give Birth and from the poem "For Women Who Are Difficult To Love" — makes perfect sense.

Rounding out Bey's long-anticipated visual album were New York-based Nigerian visual artist Laolu Senbanjo and French-Cuban twins Ibeyi, in addition to celeb cameos by the likes of Amandla Stenberg, Serena Williams and Zendaya. Shire fits right in, as the themes presented in the poet's work seem closely aligned with that of Lemonade's philosophical and aesthetic themes, so it's no surprise that the Queen herself would take interest. Expect to see more of Shire in the future.