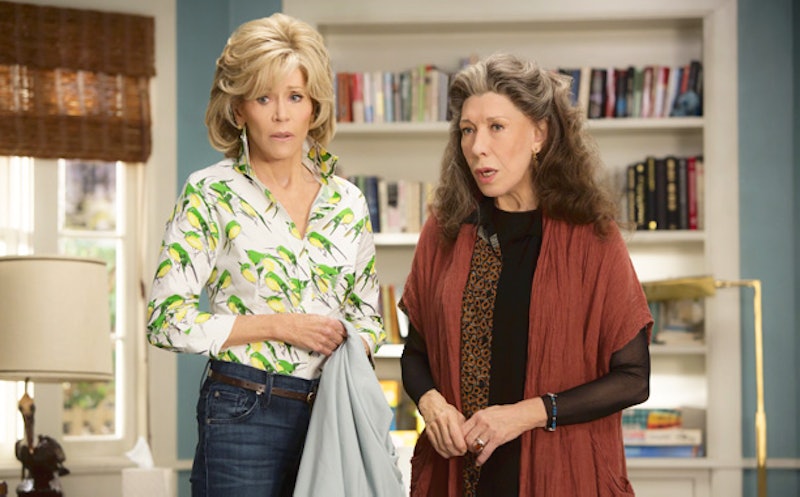 Although it might seem that Netflix has provided more great content in the last few months than you know how to deal with, the streaming service is only getting started — what's coming to Netflix in May are movies and TV shows not to be missed. There's about to be so many great works coming to the site, and if you know what's best for you, you'll check out them all. From interesting original series to classic television favorites to thought-provoking indie movies, the things to check out on Netflix in May are going to make you never leave your computer — and is that such a bad thing, really?

Honestly, it's almost as if the internet is trying to make all of us never get off our couches again (not that I'm complaining). With a selection of movies, TV shows, and even stand-up comedy specials this good arriving on Netflix in May, you're better off inviting some friends over and vegging out than even attempting to go outside. To help you prepare for the inevitable laziness to come, here are some of the most exciting movies, shows, and specials coming to Netflix in May 2016. Get ready, folks.

I am literally shocked that this classic wasn't already on Netflix, but I'm so glad that it's going to be there soon. The Toros sure are number 1!

Netflix knows how much we all love shows about food and the chefs that cook the food, and they've brought out one of the best. On May 27, Season 2 of the Netflix original series Chef's Table comes back. I can't wait.

Remember when you got tired of Pleasantville because it was always on television back in the early '00s? Well, we've all had some time to recuperate since then, and the time is nigh to re-watch and re-appreciate this aesthetically pleasing and post-modern movie.

The breakfast-loving R.J Mitte of Breaking Bad is back. This time, the actor plays Doug, a college student with muscular dystrophy and an over-protective mother. Sounds intriguing.

If you haven't watched Grace and Frankie, a series that features every actor I've ever wanted as a grandparent (Jane Fonda, Martin Sheen, Lily Tomlin, and Sam Waterston), then get yourself acquainted before May 6. This dramedy is insanely good.

Molly Ringwald movies don't get better than this.

This historical documentary from director Mary Dore takes a look at the feminist movement of the'60s and '70s. It's a perfect choice for someone who's interested in that era and wants to learn more about the people and events that led us to where we are today.

Finally, the nostalgia of Goosebumps is here in movie form, with Jack Black playing R.L Stine. What a time to be alive.

Season 2 is coming May 27, so good luck juggling it with Chef's Table. Too many great options!

Who doesn't like some good Eddie Murphy comedy every now and again? Throw in some Dr. Doolittle into the mix and I'm set for life, personally.

Now that you've seen this list, it may be impossible to not hang out on the couch all of May. Make sure to take time to stretch in-between marathon sessions, OK? Otherwise, happy viewing of these great movies and shows.