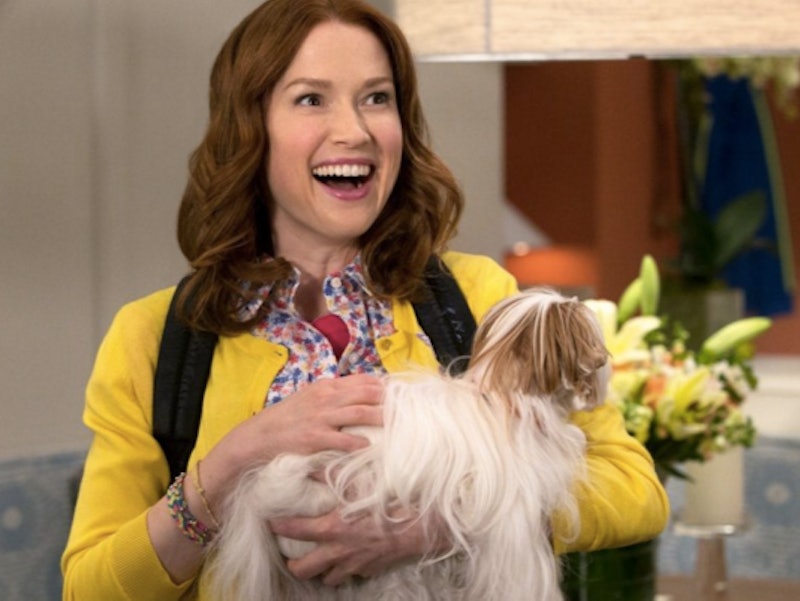 While I've always been a fan of marathon-watching TV shows, Netflix makes it so much easier. By automatically playing the next episode, or suggesting what movie we might like to watch next, Netflix not only saves us all time, but introduces us to new things. Which is why it's so exciting when Netflix updates its roster, and we get to look forward to filling our watchlists with loads of things we've not yet seen, and classics we must watch again. So what is coming to Netflix in April? It's time to get excited about these movies and TV shows, that's for sure.

If, like me, you marathon-watched all of House Of Cards when it dropped, and have already made your way through Will Arnett's Flaked, you're probably ready to make some hard and fast commitments to... just about anything. From Mark Ruffalo movies to classics like My Girl, Netflix has put together an awesome selection of new content for April. Plus, with Season 2 of Unbreakable Kimmy Schmidt on the way, and more Girl Meets World to see, April is going to be a very busy month for Netflix users. Here are some of the best TV shows and movies to choose from.

The new season begins streaming on April 15, and I already have so many questions. How is Kimmy adjusting to New York life, and is working as an elf in a Christmas store really as fun as it looks? Jane Krakowski is always inimitable, and Season 2 of the Tina Fey co-created comedy is very welcome on Netflix.

The Boy Meets World sequel is back for a second season, which is exciting for several reasons, but mainly because it means more Rider Strong. You can watch the show on Netflix from April 10.

You need this in your life. And you can have it from April 24.

On Netflix from April 27, Mark Ruffalo plays a record executive who sees potential in Keira Knightley. The pair work together on a unique record, inspired by Knightley's break-up from another musician, played by Adam Levine.

A documentary about the real-life events of the Foxcatcher wrestling team, which inspired the Channing Tatum and Steve Carell movie of the same name. You'll have to wait until April 29 to see this one, which features archive footage leading up to the shocking events portrayed in the movie.

6. How To Get Away With Murder, Season 2

If you've not yet seen Season 2 of the popular Shonda Rhimes-created show, and have somehow managed to avoid spoilers, you can marathon-watch it from April 16.

Streaming from April 1, BBC documentary series exploring what it means to be a woman. What could be more essential than that?

A new comedy special from one of my favorite comedians. Patton Oswalt can do no wrong, and it's available on Netflix from April 22.

Enjoy all of these. I know I will be.

More like this
Here’s Everything Coming To & Leaving Netflix In February
By Jake Viswanath
Ozzie’s Coming Out Scene With Kitty On 'That ’90s Show' Has Twitter Sobbing
By Brad Witter
The OG Power Rangers Are Returning For A Spandex-Clad Special
By El Hunt
Twitter Is Mad At The Razzie Awards For Nominating A Child For Worst Actress
By Radhika Menon
Get Even More From Bustle — Sign Up For The Newsletter
From hair trends to relationship advice, our daily newsletter has everything you need to sound like a person who’s on TikTok, even if you aren’t.