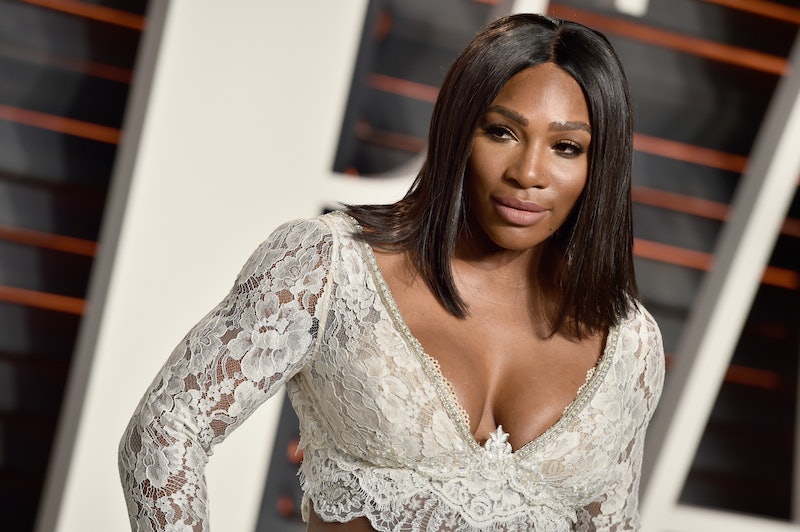 There were a zillion things that were wonderful about Lemonade, from the gorgeous, intricate shots to the archive footage of Beyonce's family to, well, pretty much every incredible scene. But one of the best things of all was the amount of appearances by successful and powerful black women Bey featured in the hour-long video album. Everyone from model Winnie Harlow to master chef of Creole cuisine Leah Chase to ballerina Michaela DePrince had a moment, and one of the most memorable was Serena Williams, seen twerking as Bey sprawled in a throne-like chair. The two stars' friendship makes sense, given as they are both queens of their craft, but how do Beyoncé and Serena Williams know each other, really?

It turns out that the stars have been running in the same circles since Bey was a member of Destiny's Child. According to an MTV News article from 2004, she and Williams became friends due to each other's pals. Beyoncé described in the piece how, when she tore her hamstring, she got it fixed because "Kelly Rowland is friends with Serena Williams, and she hooked us up with her doctor and I’m doing very, very well.” Using the doctor of a tennis player seems like a pretty great bonus of a friendship — although not nearly as clutch as Williams' impressive twerking ability in Lemonade.

Since they met, the women have continued to support each other. When Williams earned her second French Open victory in Paris on June 8, 2013, Bey shared a picture of a young Williams holding a trophy with the caption "Bow Down." She also included a note that included the phrase "Stunt on them Serena."

Then, in 2015, Williams did a parody video of Beyoncé's "7/11," which The Queen shared on her Facebook page, alongside the caption "so cute!"

Clearly, Beyonce and Williams are strong supporters of one another, and they even hang with the same squad. At Ciara's Halloween-themed birthday party in 2015, Williams, Knowles, Ciara, and the rest of their crew hung out together, which was captured in an epic Instagram photo on Ciara's account.

Even if these two weren't close, Williams' cameo in Lemonade would still be wonderful. Knowing that they are, though, just happens to be the icing on the cake.