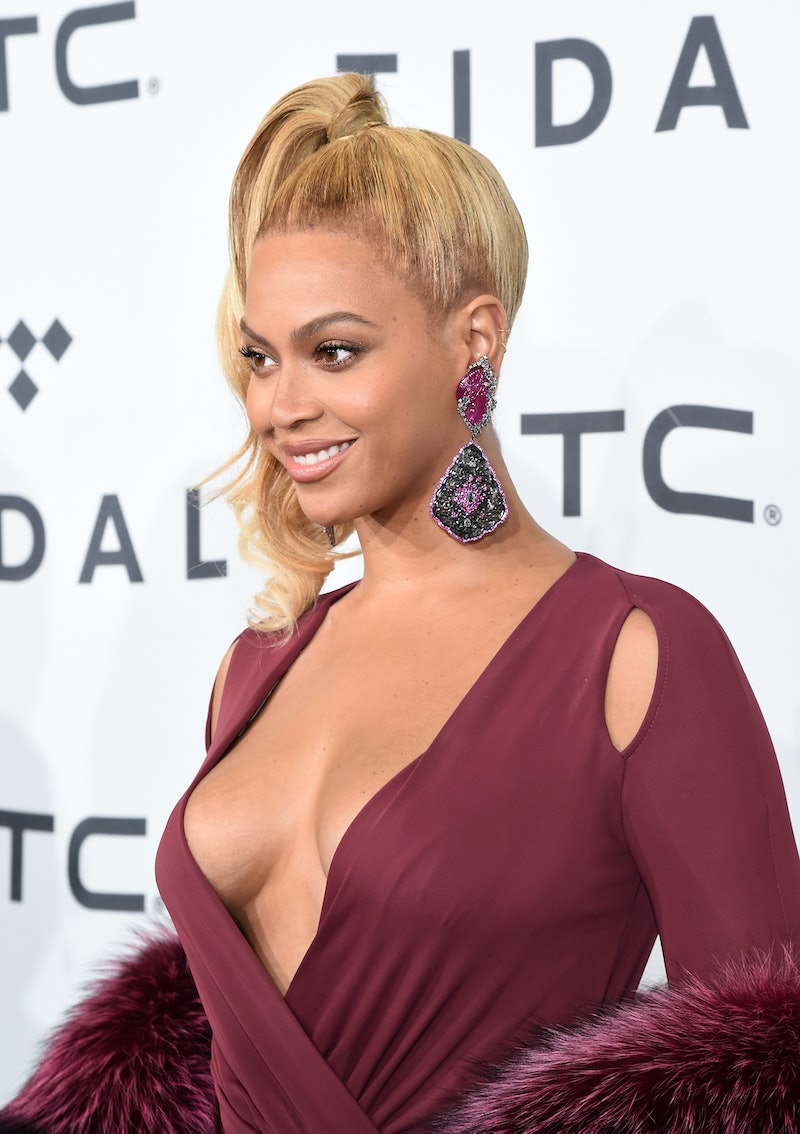 In a move that only the queen of music could pull off, Beyoncé premiered her Lemonade HBO special on Saturday night and dropped an entire album of the same name. In doing so, she gave fans a TV masterpiece and plenty of new songs to play on repeat. Plus, she left everybody with a ton of of questions. A few examples: Did Jay Z cheat on Bey? Who is Becky in Lemonade? Is the album available on iTunes? If you thought you were obsessed, you're not the only one. Celebrities are just as in awe of the "Formation" singer as you are. Seriously, Hollywood can't get enough.

Some of the women who appeared in the HBO special — like Serena Williams, Zendaya, and Amandla Stenberg — tweeted about what an experience it was. Meanwhile, others just fangirled over the album — not only during the actual special on Saturday, but also the next morning. As Kerry Washington put it perfectly, she had a Lemonade hangover. It takes time to recover from such greatness.

Here's a round-up of the best celebrity reactions to Lemonade , because even famous people aren't immune to the power of Beyoncé. If anything, the Beyhive grew 10 sizes bigger.

The Pitch Perfect star perfectly sums up everybody's reaction. What a transformative experience.

Showing her support, all Solange needed were emojis to convey how proud she was of her big sis.

The Orange Is The New Black star needed more than one tweet to convey her feelings about Lemonade — and understandably so.

It's hard not to LOL when reading the Sister, Sister alum's tweets about having Bey's back.

As mentioned earlier, Washington had a #Lemonade hangover. From the HBO special to the album itself, it's a lot to process.

Jenner's tweet says it all. Beyoncé is the coolest.

From Zendaya's tweets and Instagram, it's clear that participating in Bey's visual album was a powerful experience.

You know it's a compliment when the Unbreakable Kimmy Schmidt actor calls Beyonce "beyond."

Just like Zendaya, the Hunger Games star appeared in Lemonade and tweeted about the empowering experience afterwards.

Cox experienced all the feels when watching and listening to Lemonade.

The "Confident" singer not only posted the tweet above, but continued to tweet lyrics throughout the night.

There's not much else to say. The single word and emoji speak for themselves.

The PLL star found the perfect photo to sum up her feelings about Lemonade.

Williams was in Lemonade, so she knows firsthand how great it was. This image is so powerful.

See what I mean? Everybody can't get enough of Bey's latest work, especially her fellow celebs. They're just as big of fans as you — if not bigger.