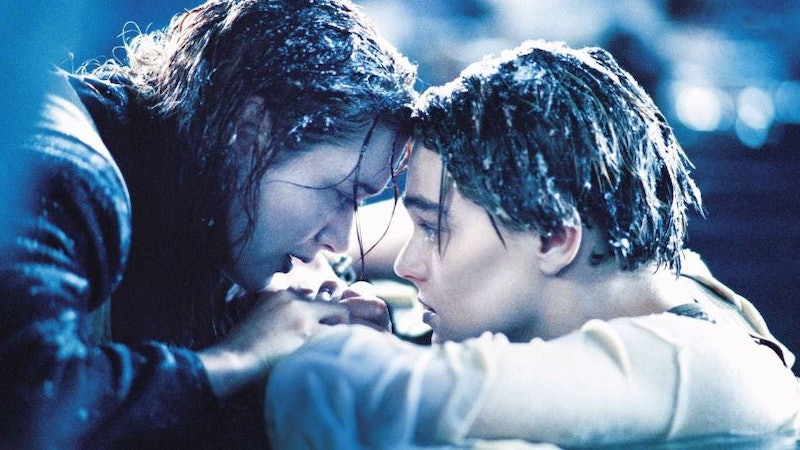 The '90s ended 16 years ago, so you'd think we would have let go of the things we needed to let go of by now. But unfortunately, there's still a whole mess of stuff that '90s kids haven't dealt with properly. Short of going to therapy to talk through our issues with the era, we should all just collectively agree to start getting over the things in the following list, because we're building up era based grudges like they're going out for style now. The '00s came with their unique set of problems, and I'm sure the '10s are giving us quite the chip on our shoulders too.

What haven't you let go of since the '90s? Perhaps there's something personal you're still stewing on. Aside from that, there's the plethora of '90s kids dilemmas that still haunt you. Those little betrayals of the '90s. The things the era gave to us that we didn't want, or took away from us without notice. These are the kinds of things we just. Can't. Let. Go. But for the sake of clarity and sanity, we should probably not worry about so much. Here are 12 things '90s kids really should have let go of by now.

1. The Size Of Rose's Floating Door In Titanic/The Fictional Death Of Jack

Don't even bring up Titanic with a '90s kid. It's not worth it. That is, unless, you're interested in hearing a long winded rant about how Rose's floating door was more than sufficient in size to also hold Jack. Yes, we are still mourning the death of a completely fictional character. No, we will not be getting over it any time soon.

2. The Impossibility Of Keeping A Tamagotchi Alive

Those little fudgers would just die, no matter what you did. Under feeding, over feeding, neglect — Tamagotchis were more work than a regular pet. Every time a '90s kid thinks fondly of their old tech-pet, that fondness quickly turns to frustration and anger, remembering how many times the thing died without notice.

3. Trying To Figure Out Who Was Pushing The Glass During A Seance

Everyone now knows one of their friends was pushing the glass during seances, but no one has a friend who is willing to own up on it because SHAME. It doesn't mean we're still not hung up on finding out. It's one of the greatest mysteries of a '90s child's life.

If you think it's weird to still not be over Ginger leaving the Spice Girls, get back to me in 15 years and tell me if you're OK with Zayn leaving One Direction.

It's impossible for you to meet a '90s kid and have them talk about their childhood without them bringing up hyper color t-shirts. Nineties kids pretend to cringe over them, but we secretly think they're the cleverest thing ever.

Amongst '90s kids, there are still supporters on either side of the creek. And they will fight about it when they encounter each other, so if you hear someone saying "Joey should have been with Dawson" followed by someone else within earshot saying "Pffft," then you might want to vacate the immediate area. It's going to get ugly.

7. That Time Someone Showed The Note You Wrote To Your Crush

I guess now people forward screenshots of texts, but back in the '90s, some Judas would always betray you by showing your note revealing your crush to your crush. So not over it.

8. The Fact That You Never Caught The Unicorn In King's Quest 4

If you ever caught that damn unicorn, please get in contact, because the slippery little thing marred every happy childhood memory I have.

9. All The Fights You Ever Had With Your Siblings And Parents Over The Phone Versus Dial Up Internet

Every '90s kid has at least seventy billion stories about struggling to use the dial up internet and having their parents or siblings try to use the phone at the same time. It's a sore point.

10. That Time You Got Tricked On A Three-Way Phone Call

Mean Girls came after the '90s, but the three-way phone call most certainly did not. Getting tricked on one was fair game because back then, all was fair in love and phone calls. It still sucks when you think about it now, though.

We will never forgive Ross. Never.