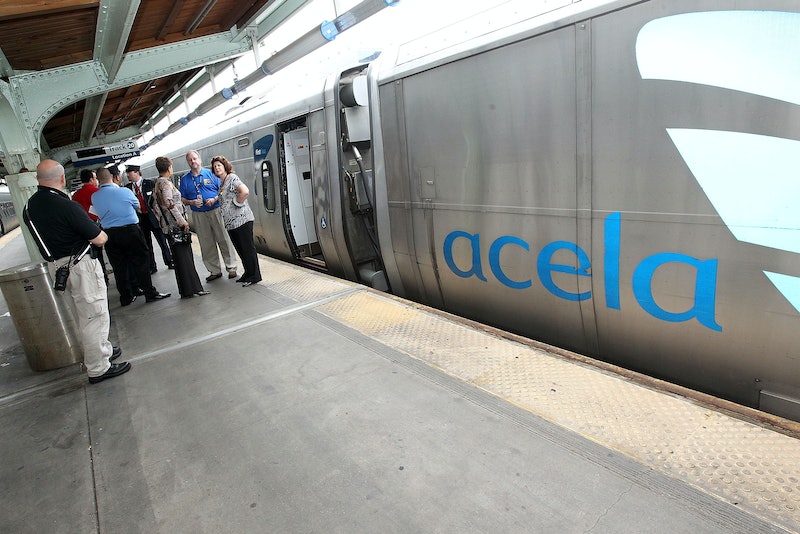 The closest forthcoming day of presidential primaries occurs on Tuesday, and will take place in Pennsylvania, Maryland, Delaware, Rhode Island, and Connecticut. This is certainly not the first day America has experienced multiple states voting at the same time. This is, however, the only day nicknamed the "Acela primary," which probably means nothing to the vast majority of the country. After all, the nickname only pertains to the aforementioned states. So why are Tuesday's primaries being called the "Acela Primary?" The answer is actually quite straightforward.

Many of these primaries, featuring states clustered together, are given relevant nicknames for convenience and for associative purposes. For example, the first and most prominent Super Tuesday, which was comprised of Alabama, Arkansas, Colorado, Georgia, Massachusetts, Minnesota, Oklahoma, Tennessee, Texas, Vermont, and Virginia, was aptly nicknamed the SEC Primary. Five of the states voting that day — Alabama, Arkansas, Georgia, Tennessee, and Texas — participate in the Southeastern Conference, a prominent college athletics league. The strategy behind this day is known as "front loading," in which these Southern states attempted to set of the trends for the coming primaries by pushing their primaries to an early date. In this case, Super Tuesday was March 1.

In this case, however, five states vote Tuesday — Pennsylvania, Connecticut, Delaware, Maryland and Rhode Island – with 172 delegates available for Republicans and 462 for Democrats. Like the SEC Super Tuesday, this day is nicknamed the Acela Primary after the train service that connects these five states: the Amtrak Acela Express train, which runs through cities including Providence, Rhode Island; New Haven, Connecticut; Philadelphia; Wilmington, Delaware; and Baltimore.

The cool thing about the Acela Express train is that it is the only high-speed train that runs in the U.S. It travels from Boston's South Station to Washington's Union Station in roughly seven hours, with 14 stops on its path. Other states have discussed the idea, though no other region of the nation has yet constructed a comparable system to Acela in the northeast.

The Acela Express is a point of pride for Americans, especially since nations like China and Japan have had high-speed rail networks for quite some time. Many claim that Hillary Clinton and Donald Trump are on track to reach their respective delegate count destinations at the Acela Primary, but for now, all candidates are barreling ahead at full steam. And if those aren't good enough train puns, just wait until Tuesday.

More like this
Scotland's First Period Dignity Officer Has Sparked Backlash
By Darshita Goyal
25 Things I've Reduced My Life To, In Addition To WFH In My PJs
By Ginny Hogan
7 Things We Learned From Rebekah Vardy's First Post-WAGatha Christie Interview
By Sam Ramsden
A Political Thriller Inspired By The Munich Massacre Is Coming Soon
By Darshita Goyal
Get Even More From Bustle — Sign Up For The Newsletter