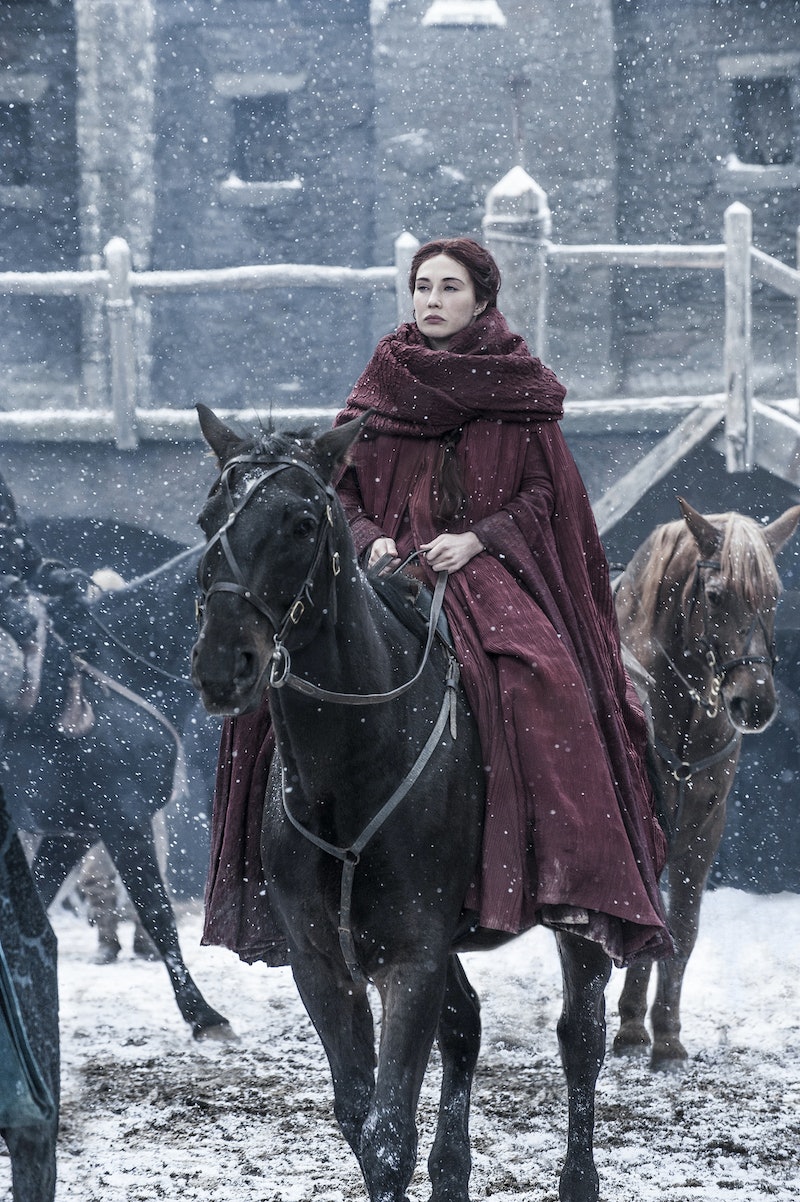 Well, that was a bit of an ending? Why is Melisandre so old on Game of Thrones ? The final scene in the Season 6 premiere showed us the Red Woman's night time routine, and it was a bit revealing, to say the least. It seems that Stannis' former flame has been around for a long time.

Davos had just finished singing her praises, and giving us hope for that Jon Snow resurrection theory, when we saw Melisandre alone in her room at Castle Black. She undressed before bed, and took a long reflective (no pun intended) look in a mirror. After she was completely nude she took off her necklace. For a moment the stone flashed red, and then Melisandre showed her "true form" — an ancient and downtrodden woman.

This is a pretty common trope in fairy tales, the witch who does something to retain her youth — though I still have so many questions. First of all, is this something that Melisandre does every night? If so, that's one hell of a necklace. Was it definitely the necklace that holds that power? Now that I think about it, she has been wearing that necklace since Season 1? How long has she been around? What all has she seen? Why doesn't she wear pajamas to bed? Has she reverted to this form because her faith has finally been broken and she's given up? After Jon Snow's death and the defeat of Stannis at Winterfell, the Priestess can't trust her visions anymore.