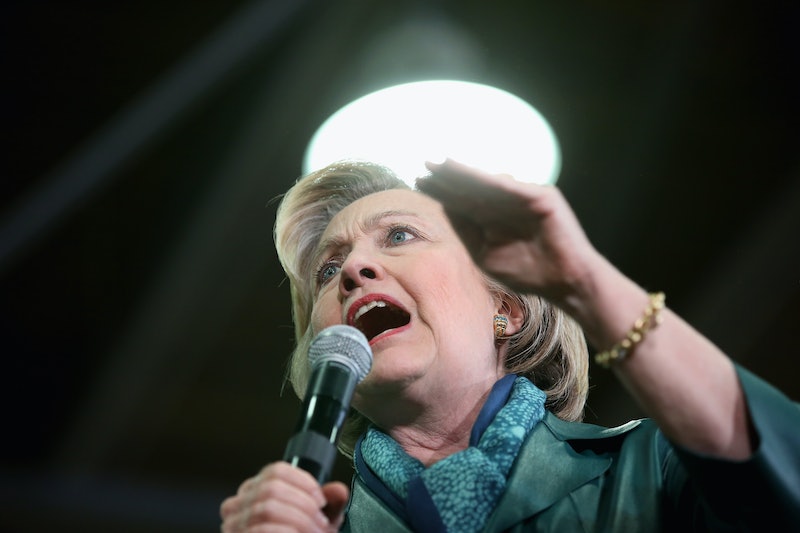 Just two weeks ago Saturday Night Live was roasting Hillary Clinton on her losing streak leading up to the New York primary. It didn't take long to forget about that. Clinton's big win in her adopted home state stomped out such talk and left Clinton in a strong position going into Tuesday's races, all of which favor the leading Democratic candidate. Hillary Clinton will likely win Delaware, based on the one public poll that has been released. National polling and the forecast in nearby states voting the same day paint the same picture.

But, and it's an important "but," this was just one poll. The margin of error was 3 percent, and a full 17 percent of the voters were still undecided. Those voters could ultimately eat away at Clinton's lead. She currently leads the state 45 percent to Bernie Sanders' 38 percent, according to Gravis Marketing's poll of the state that was taken one week ago. Nationally, things are a bit closer. Clinton is averaging at nearly 49 percent while Sanders is just over 46 percent. One aspect that makes a Delaware prediction easier are the polls from other states voting Tuesday. In addition to Delaware, voters in Connecticut, Maryland, Pennsylvania, and Rhode Island head to the polls.

Connecticut, Maryland, and Pennsylvania have all had more extensive polling, which place Clinton firmly in the lead. Both Maryland and Pennsylvania border Delaware, and the states polls show only good things for Clinton. In Pennsylvania she's ahead by nearly 15 percentage points; in Maryland, it's a 21 percent point spread. Combining these with the national numbers, and it's a pretty safe bet.

One possible reason why she's ahead in these states is the demographics. Nate Silver of FiveThirtyEight pointed out that Clinton does better in states that "look more like the Democratic Party," states with more minority voters. The Dems' primary voters are nearly a quarter African American nationwide. These upcoming states closer reflect that reality than some places in the country where Sanders has fared better.

Maryland, for example, is one of the six states in the country where more than one-fourth of the population is black, which explains her polling numbers there. In past races, Clinton did well in the Deep South, where the other states with large African-American populations are located. The same goes for Florida and Texas, which are much more diverse than other parts of the country.

Delaware, specifically, is nearly 22 percent black — and among Democratic voters, there could be even a higher concentration. Depending on turnout, the outcome could really help Clinton grow her delegate lead over Sanders. Sanders' campaign manager said last week that his team will take the fight all the way to the convention, if they can, by soliciting votes from superdelegates. If Clinton gets far enough ahead in the delegate race, she can avoid that drama. Twenty-one delegates are at stake in Delaware, and given the demographics and the poll, it looks like a big portion of the state might well be "with her."