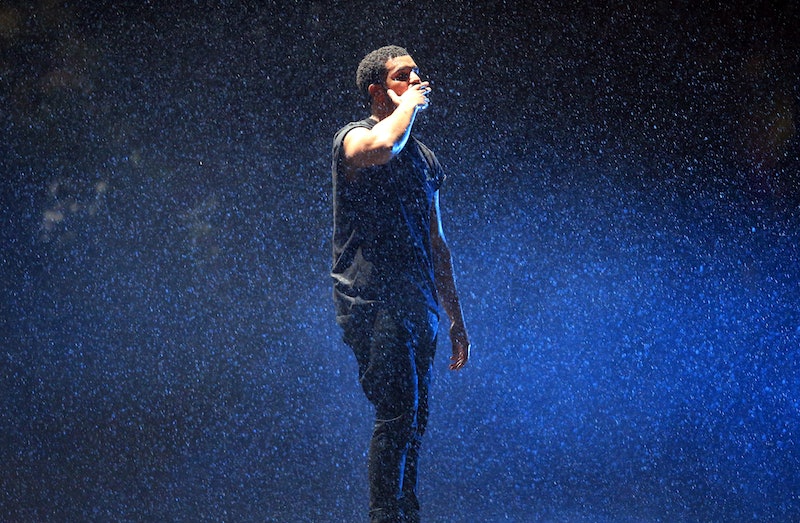 Drake fans have more to get pumped about than Drake's Summer Sixteen Tour alone. Fans in Toronto, Canada can also start gearing up for Drake's 7th Annual OVO Fest taking place on the weekend of July 29 in the Canadian-born rapper's home city. Aside from celebrating Drake and the city of Toronto itself, the seven-years-running OVO Fest also lines up its own set of artists set to hit the city in just one weekend. And, according to an Instagram and Twitter post from Drake released Monday morning, the line-up for the 2016 OVO Fest is starting out nicely.

The 2016 OVO Fest — presented by Drake's own record label, OVO Sound — is set to include performances by Wiz Khalifa and Snoop Dogg over the July 29 through August 1 weekend. The music festival will kick-off with an OVO Bounce event, then crossover with Wiz Khalifa and Snoop Dogg's regularly scheduled The High Road Tour and, of course, feature Drake and special guest Future as they cross their Summer Sixteen Tour with the OVO Fest as well. Meanwhile, other acts set to open for Drake's Summer Sixteen Tour include fellow OVO Sound artists Roy Woods and dvsn — who may or may not then be included in OVO Fest as well. Because, as of right now, all fans have is Drake's posts and the hopes of more updates to come.

The 2016 line-up seems to align well with the artists who have appeared in previous years — although, currently, it might not seem to be as star-studded as expected for one weekend. 2015's OVO Fest alone featured the likes of Kevin Hart, J. Cole, Big Sean, YG, Jeremih, Bas, Cozz & Omen, as well as Drake, Future, Travi$ Scott, Skepta, Kanye West, and Pharrell Williams. Years prior included artists like Lauryn Hill, Jay-Z, Diddy, Stevie Wonder, Nicki, Minaj, and more. With all of that to compete with, the need for more artists over the four-day event is clear.

More and more artists will join in on the weekend bash as we get closer and closer to the dates. As artists join both the The High Road Tour and the Summer Sixteen Tour, odds are they will join the 2016 OVO Fest as well. For now, fans can mark their calendars for the release of Drake's latest album, Views From The 6 , on April 29, and the chance to buy tickets for the 2016 OVO Fest sometime soon.