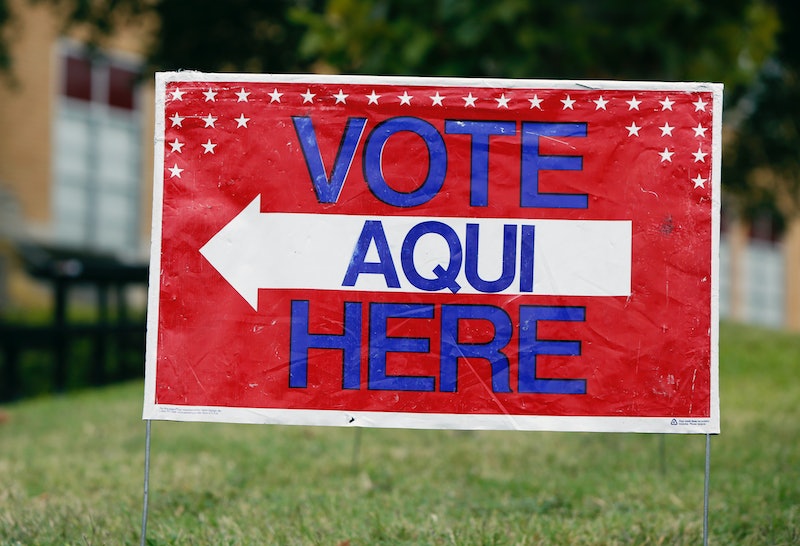 Rhode Islanders head to the polls Tuesday along with voters in four other states as the primary season picks up again. Rhode Island may not be the biggest state voting, but its delegates may be vital in both races — something the Ocean State hasn't seen in years. And if you're looking to vote Tuesday, you should have plenty of time. Rhode Islanders won't be the earliest voters, but for anyone looking to cast a ballot before work, you shouldn't have a problem. The Rhode Island primary starts at 7 a.m., allowing many to vote before work and school.

For those of you who do think the rise-and-shine voting schedule will be the best, make sure to check with the Board of Elections and your local Board of Canvassers. Some locations — a small minority — do open later, either at 8 a.m. or 9 a.m. So double check before you head out of the house. Polls close at 8 p.m. If you aren't registered to vote, it may not be too late. Double check with your local officials because you may still be able to vote for the presidential candidate of your choice — but no other local or state races. If you are registered, there are also some things you'll need to do.

It's all really easy. Unlike in more and more states around the country, you don't need a photo ID — or any ID at all. You simply state your name to the poll workers and they find you on the voter rolls. If for some reason you don't appear — maybe you've moved? — then you can get the limited ballot, which just has the presidential race on it. If you're certain that you should be registered correctly and it's not showing, you can also cast a provisional ballot. Just be sure to check your polling place in advance; many will not be opening.

No complicated rules here, where you need to register or switch parties way before the election, either. You do have to vote in the primary for the party in which you're registered, but unaffiliated voters are free to choose either the Republican or the Democratic ballot.

At this point, Hillary Clinton and Donald Trump are ahead in their respective races, according to a poll released Sunday. Clinton is ahead 43 percent to Sanders' 34 percent. Trump is in first place on the GOP ticket. He is polling at 38 percent. Kasich is second with 25 percent and Cruz is third with 14 percent. The delegate allocation in both parties are proportional — for the most part — although the systems vary somewhat and where the candidates' support comes from in the state could affect how many they take home.

Whether that poll is accurate remains to be seen — there have been very few publicly published polls for the state. Watch the results roll on in later in the day after polls close.