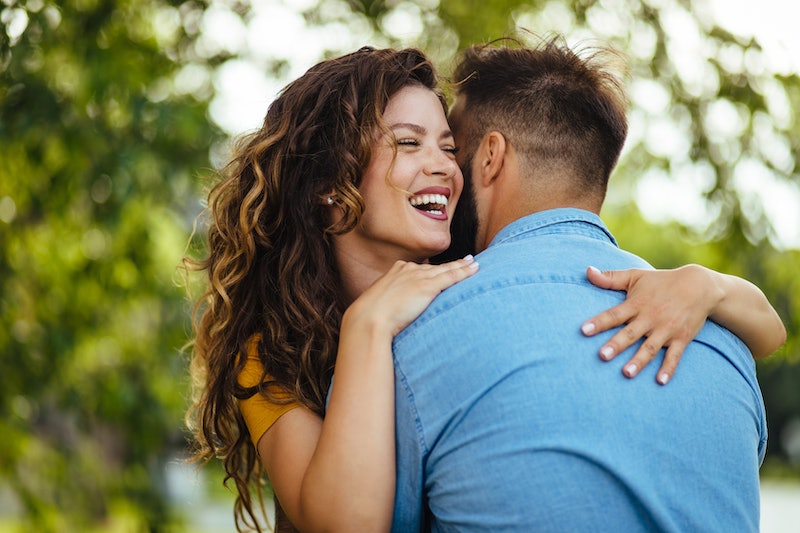 The idea of being "owed" sex often makes the news these days in the context of horrific online dating exchanges. And they tend, upsettingly, to be gendered: man demands sex from woman, believes he "deserves" sex or is "owed it" because of his financial outlay/effort/decision to even pay attention to her, throws fit if denied. There are a lot of assumptions underneath this entitlement. People of this ilk seem to believe in a transactional nature to sexuality, where a certain amount of giving from one partner must necessarily result in sex from the other, or else things are "unfair". And they also occasionally appear to believe that the only real point in interacting with women is to gain access to their genitals. That, unfortunately for them (and very unfortunately for anybody who's had to deal with them), is not how this works. At all.

If somebody is convinced you owe them sex, it can be difficult to know what to say. Denied entitlement can result in anger, guilt trips, attempts to reason, or the now-notorious "good guy" notice posted in a dorm in Las Cruces, which is part of a troubling perspective linking "niceness" and "goodness" to women (i.e. the normal way you should treat people) with expectations of sexual gratification. You can choose to deal with it sassily (throwing some Beyoncé lyrics at them, "boy bye"), or to attempt to explain what's going wrong with their thinking. Or you can simply walk away; it's not your responsibility to change the perspective of a person making ridiculous demands on you.

So here are a few ideas on how to respond to several particular ways in which people believe they're "owed" sex. Ultimately, you can sum them all up with "Oh, honey, no."

Comment And/Or Implication #1: "But I Spent Money On You!"

When you spend money on a woman or man on a romantic date, it's not meant to be done in return for any particular action or response. It's an act of hope, not a binding contract. You're trying to create a good experience and make a connection, not pay for somebody's sexual attentions. It's generous instead of transactional. You're an adult, and adults are responsible for their choices: spending is your choice, and it's their choice to take that expense/fancy dinner/ride in a helicopter with you, thank you for it, and still not want to f*ck you.

If you do want a guaranteed sexual encounter in return for money, please go to an escort; they exist for a good reason. But don't confuse business arrangements with gestures of goodwill.

Comment And/Or Implication #2: "I Was Nice, So I Deserve This"

The days of niceness and good behavior being rewarded with anything beyond a gold star ended after elementary school. The mere act of being kind to a lady isn't exceptional or deserving of enormous praise. It should just be the benchmark of a perfectly normal, helpful person, and you are not so special or wonderful that you deserve to be "rewarded".

Helping a woman move or cope with a break-up doesn't create some kind of debt she has to work off with her clothes off. It just means you've performed a good deed; and if you've done it with the expectation of sex, rather than selflessly to help them out, it stops being generous and starts being, well, crap.

I hear this one occasionally, and it worries me. It's based on the strange assumption that after a long-standing acquaintance, a person can "build up" enough goodwill points to deserve sex from the other person. It's an extension on the "being nice as reward" principle, but over the long term. News flash: friendship is not like a leveling up system in a video game. You do not accrue enough "points" to get out of the "friendzone" (god, I hate that phrase) and ascend into sexy-times. For one, being a woman's friend is not inferior to being in her pants. For another, you don't collect sex points like stamps on a loyalty card. No matter how wonderful and supportive you've been, no matter how many years you've known each other, you are not toiling up a ladder towards the ultimate prize of a vagina.

Comment And/Or Implication #4: "You Promised Me Sex, So You Have To Come Through"

This may seem complicated, but it's not. Even if a woman has absolutely indicated, clearly and vocally, that she wants your body prior to actually getting down, if she doesn't consent in the moment, then it's no-go. Active consent, guys. That doesn't necessarily mean she's behaved perfectly (these situations take many shapes), but she doesn't owe you sex just because she promised it at a previous occasion. Consent has to happen at the beginning and throughout sex; it's every person's prerogative to change their mind when it comes to getting down, and that's their right as an adult human. Period.