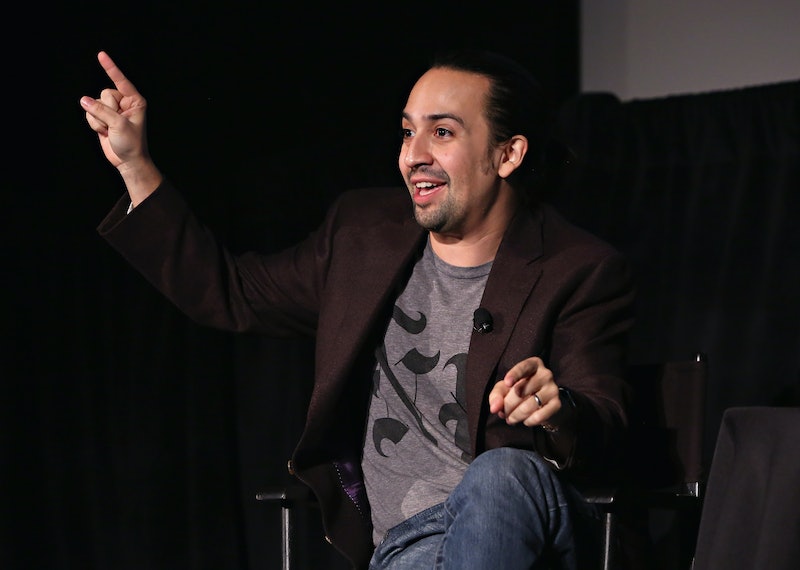 This man truly does it all: Lin-Manuel Miranda — the creator of the Broadway musical Hamilton , an accomplished composer, lyricist, actor, rapper, and director, and the winner of the Pulitzer Prize for Drama — can now add one more line to his resume: bestselling author. Hamilton: The Revolution debuted on Indiebound's Indie Bestseller List for the week ending April 17, 2016, making Lin-Manuel Miranda a bestselling writer. The book debuted at #8 in Hardcover Nonfiction.

A round of applause for the hero and the scholar.

Hamilton: The Revolution, aka the #Hamiltome, hit bookstores two weeks ago, and almost immediately sold out on Amazon. The book, co-written by theater critic Jeremy McCarter, combines the story of the musical's rise to fame with anecdotes from the real Alexander Hamilton.

According to its publisher, Hamilton: The Revolution "gives readers an unprecedented view of both revolutions, from the only two writers able to provide it. Miranda, along with Jeremy McCarter, a cultural critic and theater artist who was involved in the project from its earliest stages... traces its development from an improbable performance at the White House to its landmark opening night on Broadway six years later."

The book also features over 200 footnotes from the musical's creator, Miranda.

If you're unable to get your hands on a copy of the bestselling book or on a pair of tickets to the Broadway show, don't worry: here are some books for Hamilton lovers.