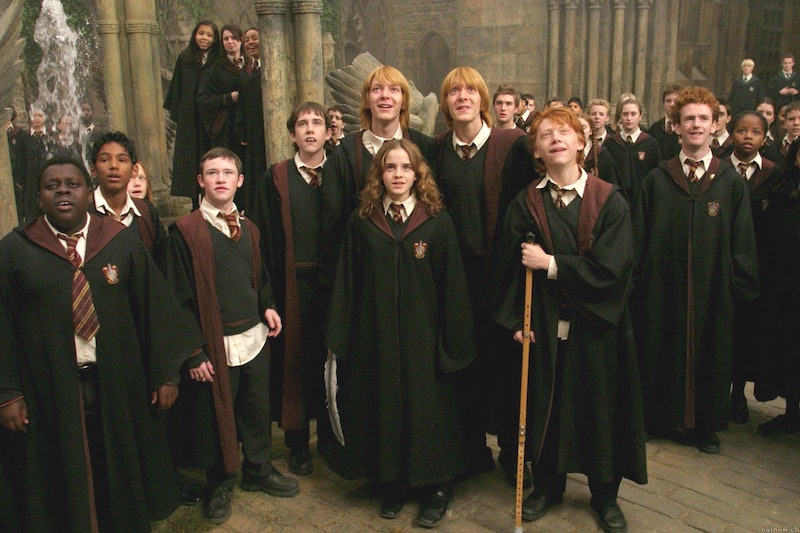 If you belong to the House of Gryffindor, you're probably defined by your bravery, your nerve, your courage, and your daring. You're a born hero — even if you don't always feel that way.

Some of the heroes in the House of Gryffindor knew they were destined for greatness, like Harry Potter. Others, like Neville Longbottom, unexpectedly became heroes when they saw a situation that needed saving. Neville reminds me a lot of another book character, a boy by the name of Wade Watts. That's why I'm recommending Ready Player One as the one young adult novel every Gryffindor needs to read.

If you love stories about unlikely heroes (of course you do; you're a Gryffindor), you'll love Ready Player One by Ernest Cline. Wade spends most of his time in the OASIS, a virtual online universe containing thousands of worlds. Upon his death, the creator of OASIS launched a contest to search for a hidden Easter Egg in the OASIS. The prize? A real-life fortune and complete control of the OASIS. It sounds like a pretty sweet deal, but it comes at a cost: as it turns out, the Easter Egg is really, really hard to find.

For years, egg hunters from across the planet scour the virtual universe for hints about the Easter Egg. When Wade unexpectedly finds the first clue and completes the first step, the competition kicks into full gear. Can Wade find the Easter Egg, become the hero of this adventure, and win his place in history? You'll have to read to find out.

Wade, like Harry Potter and Neville Longbottom, has had a bit of a tough life: he's an orphan, he's lonely, he's overweight, and he's just not that smart or that cool. But he never blames anyone for his circumstances, he accepts his lot in life, and he always makes the best of his circumstances. He's not the person anyone would have chosen to become the hero, but he becomes the hero anyway. He's brave, loyal, and unafraid to jump into the deep end of the competition.

If Wade went to Hogwarts, we have a feeling the Sorting Hat would have just one thing to say: "Gryffindor!"