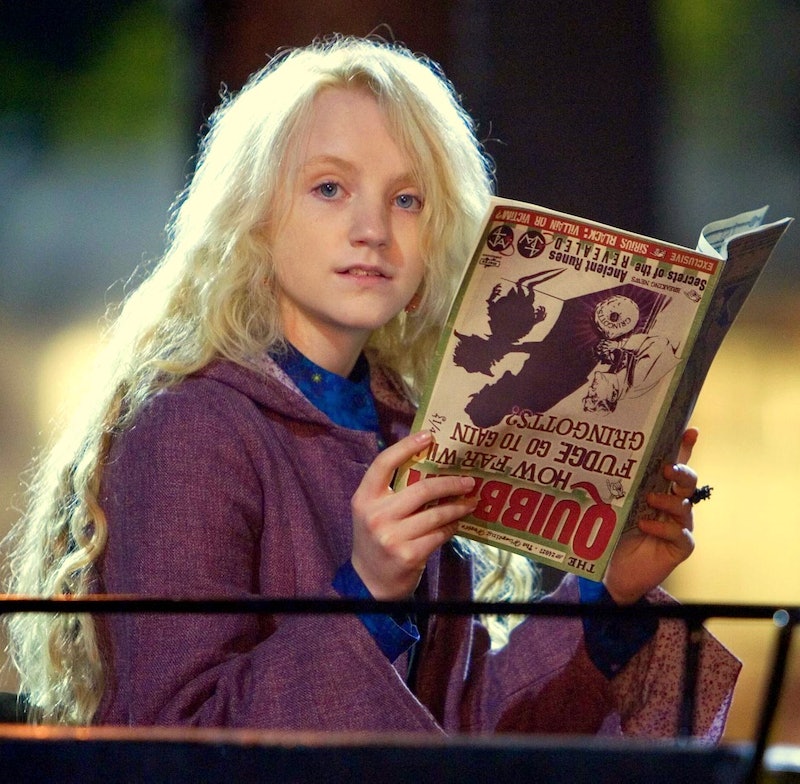 Those who belong to the House Of Ravenclaw know wit and cleverness are the traits to be celebrated above all others. After all, "wit beyond measure is a man's greatest treasure." But Ravenclaws appreciate more than a witty one-liner. They value intelligence, hard work, creativity, originality, tolerance, and individuality. Ravenclaws can be pretty eccentric folk, and those eccentricities often manifest in their unusual fields of study.

Luna Lovegood, one of the most beloved Ravenclaws in the Harry Potter series, reminds me of another book protagonist, a girl named Cassandra Mortmain. That's why I'm recommending I Capture The Castle as the one young adult novel every Ravenclaw should read.

Before she wrote the infamous The Hundred And One Dalmatians , Dodie Smith penned the criminally under-celebrated I Capture The Castle, a wonderfully written coming-of-age story about a girl named Cassandra Mortmain who lives in a dilapidated castle with her offbeat family. Seventeen-year-old Cassandra writes the diary over the course of six months in 1934. Her father wrote one very, very famous novel many, many years ago, and has done virtually nothing since, sinking the family into poverty. So, when a pair of dashing American brothers move into their quiet English village, Cassandra's sister, Rose, takes it upon herself to throw herself at the elder brother in an attempt to save herself and her family from ruin. In a cruel twist of fate, Cassandra falls in love with the same brother, and she narrates those harrowing six months as intelligently and cleverly as any Ravenclaw.

Her shrewd observations, thoughtful commentary, and witty narration make this coming-of-age story a must-read for those who wear the blue and bronze with pride.