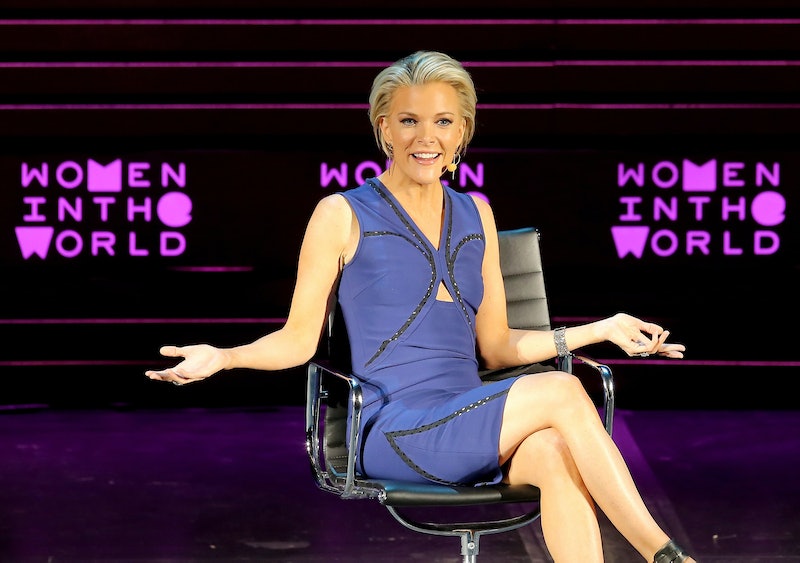 On Monday, Fox News said in a statement that Megyn Kelly will interview Donald Trump on May 17. This will be the first interview Kelly has had with Trump since the August 2015 Republican debate sparked a falling-out between the two. The interview will air in an upcoming Fox special called Megyn Kelly Presents, from 8:00 p.m. to 9:00 p.m. ET on May 17. The Kelly File, one of Fox's most popular programs, will feature extended portions of the interview started on Wednesday, May 18; the show airs at 9:00 p.m. ET. Kelly commented on how the interview was set up:

Mr. Trump and I sat down together for a meeting earlier this month at my request. He was gracious with his time and I asked him to consider an interview. I am happy to announce he has agreed, and I look forward to a fascinating exchange — our first sit-down interview together in nearly a year.

Kelly has served as a moderator in the three Republican debates hosted by Fox News Channel since August 2015. Trump famously complained after the August debate that Kelly had treated him unfairly during the event. The ire seemed to have been prompted when Kelly brought up the fact that Trump has used derogatory terms such as "fat pig" and "disgusting animal" when referring to women.

Along with making several comments about the journalist on Twitter and on news programs, Trump boycotted the second Republican debate put on by the network before the Iowa caucuses because he was unwilling to take the stage as long as Kelly was in one of the moderator seats. He did, however, swallow his pride to participate in the third Fox debate on March 3.

Kelly and Trump have plenty to catch up on. According to Fox's statement, Kelly plans to explore the development of Trump's campaign and success over the past year, and to discuss the historic nature of the 2016 election. We can expect the usual firm, smart questions from the journalist during the interview. Trump's reactions may be a bit less predictable.

Kelly has served as one of Fox's main correspondents since 2004, covering a number of the most important news stories in the country, including the Boston Marathon bombing, the 2013 government shutdown, and the Virginia Tech massacre. With her resume, she's in a position to handle whatever Trump might throw her way. We'll see how he handles her questions on May 17.