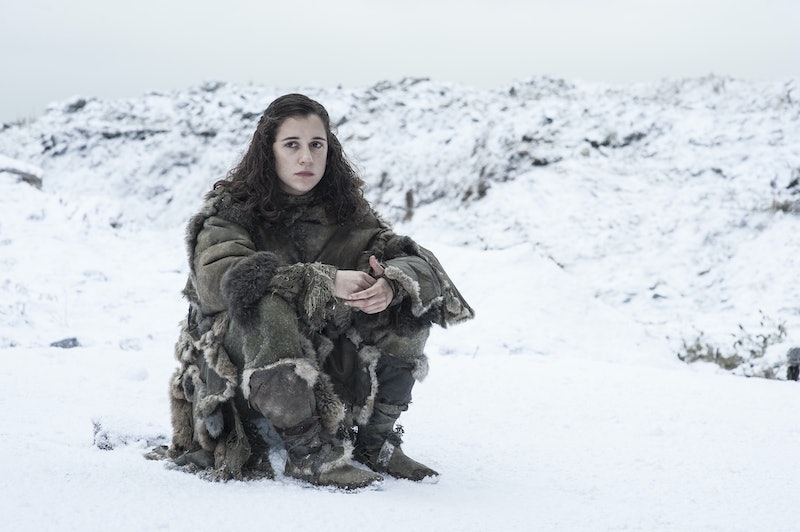 Have you ever noticed that HBO's Game of Thrones episode descriptions sound like children's books? Maybe I grew up reading too many books like My Father's Dragon, but every time I see one of these episode descriptions, it makes me feel like I'm strolling through the kid friendly stacks in the library. Take for example the official HBO description for the episode "Book Of The Stranger." It reveals that "Tyrion strikes a deal. Jorah and Daario undertake a difficult task. Jaime and Cersei try to improve their situation." That doesn't say all that much, does it?

The infamous Season 5 finale's description warned us simply that "Jon is challenged" and "Dany is surrounded by strangers." I suppose that's one way to look at being stabbed to death and/or taken by Dothraki bloodriders. In order to avoid spoilers, these descriptions strip down the basics of the plot with hilarious, innocent-sounding results.

In order to put my theory to the test, I've mashed up parts of the descriptions from the available and upcoming Season 6 episodes and some popular children's books. It's silly, but one of those things that I can't un-see ever again. Can you tell the difference? Scroll all the way to the bottom for the answers.

1. Tyrion Demands Good News, But Has To Make His Own

We'll start with an easy one.

She has learned several since Season 1, to be honest.

There is nothing childish about Ramsay, but this sounds innocent enough.

The littlest Stark loves to snack.

When is he not, to be honest?

They do say never to meet your heroes.

He has "little birds" everywhere...

Preferably something about R+L=J, thank you very much.

Is she going to the circus?

Her "coming of age" story is a little different.

From a certain point of view, that did happen.

Girl, yes! She deserved a win.

It's tough being a teenager, isn't it?

14. Meanwhile, Back At King's Landing

His watch has ended, indeed.

Oh, is it his birthday? Facebook didn't notify me. Weird.

18. Melisandre And The Terrible, Horrible, No Good, Very Bad Day

Sorry, couldn't help myself. That's a freebie. How did you do?